Various areas of the Workshop

Dwelling in the ink.

The Searchers are major antagonists in the 2017 horror video game Bendy and the Ink Machine. Their first debut is in Chapter 2 and are first encountered in the Music Department, and have came in different forms throughout the various chapters.

The Searchers resemble humanoid figures entirely made of ink. They have arms longer than usual, and their bodies seem to melt into giant puddles of ink. Each hands sport two long fingers. Their ghoulish faces sport a gaping mouth and two indentations in the place of eyes. Their face also seems to be painted with brownish-yellow colors (mainly due to the game's lighting) .

They were first seen as large amount of "lifeless" ink globs. They can also be encountered from ink puddles. The Searchers then become active after enabling the "Power" switch from the Stairs.

After Henry activates a valve in Sammy's Sanctuary, several Searchers will come to attack.

Much like their appearance in Chapter 2, the Searchers have acted the same way, but now come in different forms, such as the swollen and giant Searchers. 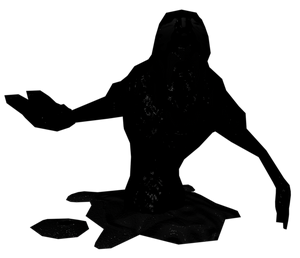 The Searchers during the Chapter 2 Pre-Alpha. 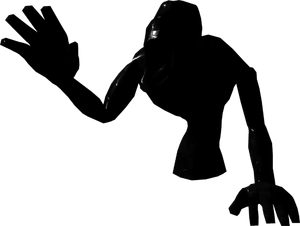 Retrieved from "https://villains.fandom.com/wiki/Searchers?oldid=3776367"
Community content is available under CC-BY-SA unless otherwise noted.