The Scaleless
The Duke
Paledrake

Traitor of the Everlasting Dragons

Obsessing over experiments and research.

Find the Scales of Immortality.

Seath the Scaleless is the secondary antagonist and a boss in Dark Souls.

Envious and dissatisfied by the fact that he was born as a blind mortal dragon, he chooses to switch sides with Lord Gwyn and sought alternate means to be immortal for centuries. He eventually met his downfall after his Primordial Crystal was destroyed by Chosen Undead, the protagonist of the game due to the reward of his cooperation with Lord Gwyn, Bequeathed Lord Soul Shard, gave him odds with the hero.

Seath is an albino dragon who was born without scales. Not having scales means he lacked the immortality that all other dragons possessed. Out of jealousy for the other dragons, he betrayed them, siding with Lord Gwyn in the war against his brethren. After the Everlasting Dragons were wiped out and Gwyn emerged victoriously, he granted Seath the title of Duke and gave him a Bequeathed Lord Soul Shard out of gratitude for his aid in the war.

Seath eventually went insane in researching the Scales of Immortality as he could never have them for himself. However, he no longer requires the Scales as his research into the Primordial Crystal (which he stole from the dragons) resulted in him becoming an Undead, and therefore immortal. He has his servants, the Channelers, abduct women for him to perform experiments on and is able to use sorcery to create life from nothing. It is suggested that he is the father of Crossbreed Priscilla.

When the Chosen Undead reaches the Duke's Archive in search of Seath's Bequeathed Lord Soul Shard to fill the Lordvessel, the albino dragon sends his minions out to stop them. Upon reaching the top of the Archive, Seath ambushes the player and traps them in his room. He regains all lost health immediately and easily overwhelms the player, thus they must allow Seath to kill them. They respawn at the bonfire in the prison section, forcing them to fight through Seath's created monsters to fight against him again.

From Big Hat Logan, the player is informed of the Primordial Crystal in the nearby Crystal Cave that grants Seath his immortality. Upon reaching the room with the crystal, Seath flies over to stop them. Despite his efforts to protect his Primordial Crystal, the Chosen Undead shatters it, allowing them to damage Seath and slay the tyrannical dragon.

Although Seath is gone for good, his corrupting magical influences would remain to haunt the kingdom of Lordran, as well as the kingdoms to follow. Big Hat Logan would go insane by the Paledrake's magic after the Chosen One defeats the dragon and buys all of his magic spells. A fragment of his soul would find its way to Tseldora in Drangleic where it infected Freja the spider and turned her into a man-eating monster. The notes taken by Big Hat Logan were eventually found by the Crystal Sages of Lothric, who spread preaches on the word of the "mythical" Paledrake. Scholars from the Grand Archive revered his research and some worshiped him as a god. One of these worshipers was Oceiros, the former king of Lothric, who attempted to follow Seath's footsteps in achieving great power, only to become a dragon hybrid and driven insane.

In contrast to his brethren, Seath the Scaleless has a more centaur-esque stature, possessing a slug-like lower half that has a pair of thick tentacles as sort of legs. He also lacked scales, unlike typical everlasting dragons, exposing his fleshy skin. Like other everlasting bodies, his upper torso and arms are almost humanoid in shape. While seemingly blind due to lack of eyes, his sorcery enables him to perceive his surroundings in a similar manner that eyes do.

Envious and bitter by the fact that he was the most different and defected of his kind, Seath chose to betray his fellow dragons by joining the Lords, particularly Gwyn, upon discovering that their powers can shatter Everlasting Dragons, which render them mortal. Arrogant and power-hungry, he believed that he could gain immortality for himself and seemingly succeeded with the Primordial Crystal. His obsession and immortality not only resulted in the loss of the innocence of women that he mainly turned into monsters, but also drove him more insane than he let on. However, this and the reward of his betrayal proved to be his downfall. 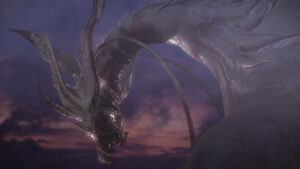 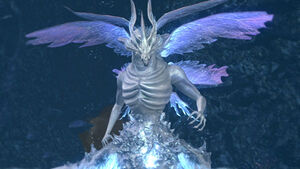 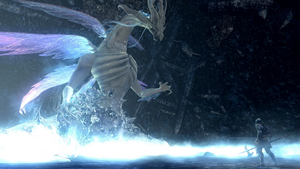 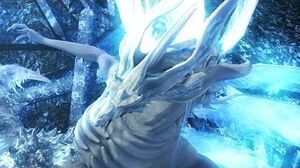 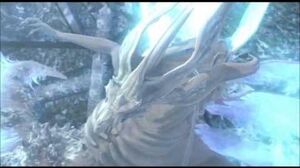