An unnamed scientist who desired recognition

Various locations in the United States (formerly Cornwallis Base in Colorado)

The Secret Empire is a terrorist organization led by a series of individuals called Number One (one of whom was implied to be a very high level U.S. government official) and a villainous group in the Marvel comics.

This subversive organization has been headed by a number of different leaders, always known as “Number One”,with each iteration's goals following the desires of its current leader. The Secret Empire was originally founded by a scientist who felt like an anonymous nobody. The organization began as a criminal enterprise, a subsidiary of HYDRA, which provided it with financial support. The Secret Empire served to distract the attention of authorities such as S.H.I.E.L.D. from HYDRA’s activities, although the original Number One sought to break away from HYDRA. The Secret Empire hired the mercenary Boomerang on a mission to steal plans for the Air Force’s Orion Missile, but he was defeated by the Hulk. In attempting to blow up the Hulk, Number One instead killed himself.

Some time later, the organization regrouped under a new Number One. This Secret Empire infiltrated Roxxon Oil's Brand Corporation, tried to ruin Captain America's reputation, and kidnapped several mutants — specifically Havok, Polaris, Beast, Iceman, Angel, Mastermind, Mesmero, Blob and Unus the Untouchable — to harness their energy to power a "flying saucer". Number One landed the saucer on the White House lawn, and, after defeating the Empire's "replacement" hero—the first Moonstone—demanded the government surrender control to him or he would detonate nukes in every major American city. The Secret Empire was defeated by Captain America, Cyclops, the Falcon, and Marvel Girl, and Captain America pursued Number One into the White House. Rather than face capture, Number One unmasked himself then committed suicide. The leader of the Secret Empire was revealed to be a very high U.S. government official attempting a coup d'état. Although his identity and face are never revealed to the reader, it is strongly implied in the dialog that Number One was the President of the United States. The government covered up his guilt and suicide with the help of a double. This led to Captain America giving up his role for a while and taking on the role of Nomad. The story was first published in 1973, when the sitting president was Richard Nixon, embroiled at the time in the Watergate scandal. Writer Steve Englehart specifically intended this issue as a metaphor of the Watergate case and the Nixon era.

Later, Professor Power became the new Number One. He sought to trigger a nuclear war between the U.S. and the Soviet Union. The Defenders defeated Professor Power and the Secret Empire, as well as their agents Mad Dog and Mutant Force.

Gabe Jones, agent of S.H.I.E.L.D. is assigned by Nick Fury to infiltrate the group in an attempt to bring it down.

The Secret Empire also sought to eliminate Moon Knight who they believed had disrupted some of their operations (as seen in Moon Knight vol. 3 #19-21). The real guilty party was Moon Knight's sidekick Midnight and when Moon Knight and his sidekick confronted the Secret Empire, Midnight was hit by an energy blast from the group's new leader, the mysterious Number 7. Moon Knight abandoned his sidekick, believing that he was dead but in truth he was still alive, though horrifically disfigured and maimed. Number 7 ordered Midnight transformed into a cyborg, with his hatred for Moon Knight (for being abandoned by his mentor) and a mechanical failsafe that caused him to suffer intense pain if he disobeyed Number 7.

During the Round Robin Story arc in The Amazing Spider-Man, Midnight was sent out on his first mission: kidnap the super-hero Nova so that the Secret Empire could transform him into a cyborg as well. The plan was foiled by the combination of Nova, Spider-Man, Moon Knight, Punisher, and Night Thrasher. During the battle, the Secret Empire nurse assigned to provide repair work towards Midnight's robotic body parts disabled Number 7's failsafe designed to prevent Midnight from gaining revenge against him for disfiguring/maiming him, allowing Midnight to kill Number 7 and assume control over the Secret Empire. However, along the way it was revealed that his nurse (and now lover), was also a cyborg too. A loyal follower of the original founder (the original Number 1), she served as a prototype for the process used to transform Midnight into a half-human, half-machine being that he became, to the extent that she allowed herself to be disfigured and maimed to facilitate her transformation into becoming a cyborg. The realization that his lover was insane caused Midnight to aid his mentor and his allies against the nurse, ultimately sacrificing his life to destroy her.

The Secret Empire would later be part of a conspiracy to divide up the empire of Wilson Fisk, the Kingpin who had lost control. The meeting takes place in Las Vegas, under the cover of a Secret Empire "convention". Many Secret Empire members simply believe it is an organization like the Masons or the Elks Club, which was a perfect cover for criminal enterprises.

The Punisher got wind of this right away and the Empire sends two hit squads to attack him. The first is slain to a man. The second group, a motorcycle gang called the "Praetorians", escape albeit with heavy casualties.

During the Dead Man's Hand crossover, the various warlords who attend the meeting begin attacking each other nearly right away. Mickey Fondozzi and Microchip, associates of the Punisher, had been captured while spying on Strucker and claim to be Four and Eight, members of the Secret Empire. The Empire learn of this via a spy in the HYDRA group. By coincidence, Four and Eight had not actually traveled to Las Vegas and this was enough to convince the others they had turned traitor. The Empire sends the Praetorians to kill everyone involved, but Mickey, Micro and Strucker all survive. Further encounters led to no progress at all and the Secret Empire members leave Las Vegas on a plane.

The Empire's plans come under the scrutiny of the "Favor Broker", an opponent of Nomad. He teams up with the Punisher and Daredevil in an attempt to disrupt the meeting. All they manage to do is kill some lackeys and Hand ninjas and capture the Slug.

Some time later, agents of the Secret Empire battle the vigilante group known as The Jury. The Secret Empire then becomes involved in a struggle to control profitable shipping lanes for criminal purposes.

It was revealed that the Secret Empire had an underground city beneath Cincinnati when the Secret Avengers discover the Shadow Council in their plot to make a larger version of Doctor Doom's time machine there.

These members are either honorary or reserve members of the Secret Empire: 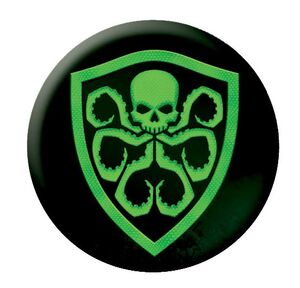 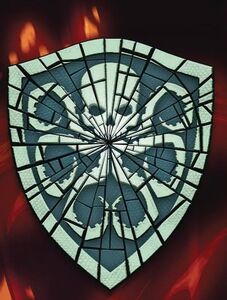 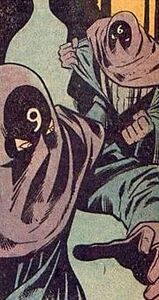 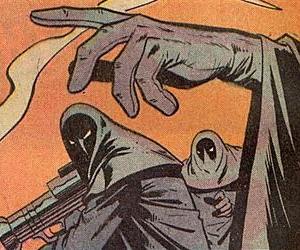 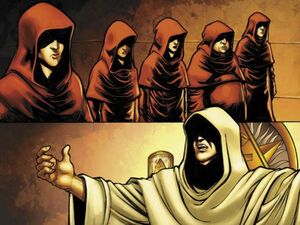 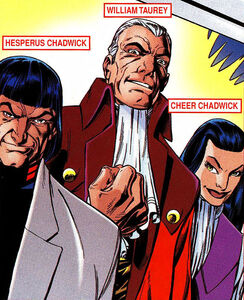