Plunge the entire world into chaos.

Secret Society Egos (in Japanese: 秘密結社エゴス) is a religion of mad egocentrists who intend to plunge the world into chaos and the main antagonists of Battle Fever J.

The secret society is based around worship of Satan Egos, an enigmatic being of unknown origin. When Satan Egos gives an order, that order is passed on by Commander Hedder, who then gives it to the Egos Monster to enact it. To carry out their campaign of terror, Secret Society Egos employ what they call 'Primal Technology', a technology mixed with the dark magic of Satan Egos and alchemy to create Egos Monsters. While Hedder is a leader of the organization, because Ego Monsters created with the dark magic of Satan Ego, they are considered Satan Ego's children and thus outrank all other members of the organization, including Hedder, except for Satan Egos himself.

At the end of the series, Satan Egos is defeated but his true identity was never revealed.

Egos Monster are the agents of the Egos to cause havoc on the populous. 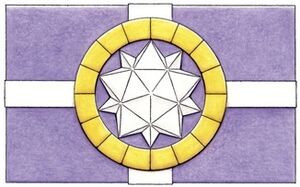 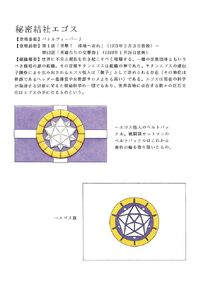 Egos concept (Written in Japanese)
Add a photo to this gallery

Retrieved from "https://villains.fandom.com/wiki/Secret_Society_Egos?oldid=3380444"
Community content is available under CC-BY-SA unless otherwise noted.