Kill anyone in its way.

The Seed Eater is the main antagonist of the Creepypasta stories "Seed Eater Experiences" and "Through the Trees". It is a mysterious monster that hunts human children, then devours them to feed off of their youth.

In a series of blogged accounts uploaded from 2010 to 2012, a man named Clifford "Cliff" R. Howry cataloged all the evidence and information he could find about a creature that he and his friends had encountered during their childhoods. They associate it with the disappearance of other children in their hometown during that time, but cannot determine its motivation or nature.

Through a series of investigations, Cliff discovers that the creature emerges only every few years and hunts children. It is dubbed the "Seed Eater", because it eats human seed (children), though they gradually discover that the Seed Eater will also hunt adults if it is hungry enough, and will attack and kill any others that interfere with its hunts.

As the investigation continues, Cliff learns more and more that the Seed Eater is far more intelligent than an animalistic predator, and that it is capable of not only psychological manipulation, but also formulated plans and even human speech, and can speak in multiple different languages. The Seed Eater stalks children, then waits until they are alone and devours them, gaining nutritional sustenance both from their physical meat and their youth, which it presumably uses to keep itself immortal.

The Seed Eater is extremely intelligent, and psychologically torments all who come into contact with it, even if it is simply viewing it. It causes vivid nightmares, paranoia, and sickness to any who sees it. It uses this to mentally break down its prey and enemies before attacking, making its job easier. It attacks with its claws and beak, causing massive damage. It also recognizes when someone is a threat to its way of life, and will target them for attack, and even make verbal threats.

The Seed Eater discovers that Cliff is becoming a threat, and attacks him. It breaks his legs, beats him, and rips his lower lip off. It then speaks to him, calling him a harbinger. However, one of Cliff's friends, who had been following him, attacks the Seed Eater and presumably kills it. He bundles the body in a garbage bag as evidence and takes Cliff to the hospital. Cliff recovers, but the body of the Seed Eater is gone when his friend looks for it. Cliff survives and makes a recovery, but does not continue his connections with the Seed Eater until his death.

In "Through the Trees", the Seed Eater tracks down another person who was investigating it. However, instead of trying to kill him, the Seed Eater used the man's obsession with it to trick the man into providing for it. It acted like a feral animal, lulling the man into a false sense of security and manipulating him into providing for it. It eventually reached a point where the Seed Eater managed to get the man to kidnap children and present them as offerings to it, as he quickly figured out that the Seed Eater eats children. Despite this, the man was so infatuated with the creature that he did anything to continue his study, even provide it with food so it would not leave.

As the Seed Eater demands more and more food, the man eventually realizes what is going on. Though he obliges, he further studies the Seed Eater and presumably finds a way to kill it. He writes the method down in his journal, but the Seed Eater tells him that children are no longer satisfying it, and proceeds to devour the man, leaving the only possible way to kill it lost forever.

The Seed Eater is cunning and tricky, and is a master at manipulating others. It is shown to be extremely intelligent, and knows how to psychologically and physically damage its prey to ensure that it does not fight when attacked, allowing for a fast and easy meal. It is a master at stealth and stalking, and is only able to be seen when it is out in the open or if it allows itself to be. It is also shown to be defensive, as anyone who comes close to discovering how to hurt it or kill it is disposed of before any information can get out.

The Seed Eater appears as a dark humanoid figure resembling a hybrid between a human and a bird. It has a thin, dark body with elongated limbs, ending in clawed digits. Its head and neck areas are covered with long, black feathers, and it wears a stitched, rag mask with one eyehole over its beaked face.

It hates to have its picture taken, so most visual representations of it are some form of artwork, either from the eyewitnesses, investigators, or followers. 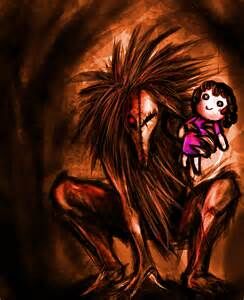 Artwork of the Seed Eater, drawn by a victim. 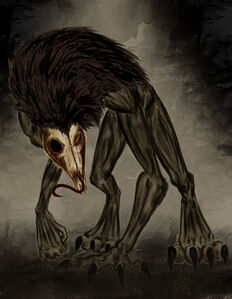 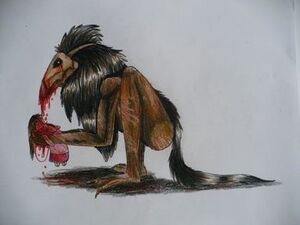 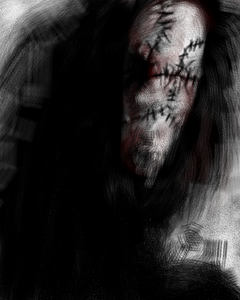 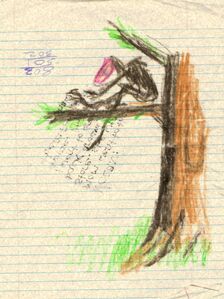 A crude drawing of the Seed Eater, drawn by one of its victims. 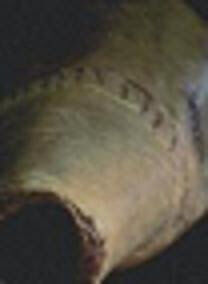 The only known photograph of the Seed Eater, captured by Cliff's friend. However, it only appeared in a single shot, in the background, and was cropped into the image here. 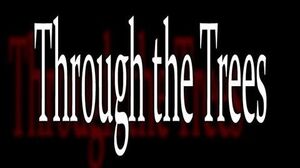