The Wicked Hermit Who Passes Through Walls

Power to pass through walls

Seiga Kaku is a villainess from Touhou Project debuting in Ten Desires as a major antagonist. She was a Chinese human who had a large interest in Taoism and one day, she became a hermit. She used a technique she learnt from a book and faked her death. Seiga wanted to spread Taoism around her country, however Taoism was already popular in her country, so Seiga moved to Japan and tried to spread it there. She caught the ear of Toyosatomimi no Miko, who became very interested in Taoism. Later, Miko became a hermit, too. Seiga waited a long time for her resurrection.

During Ten Desires, Seiga resurrected Yoshika Miyako into a Jiang Shi and ordered her to guard the Dream Palace Great Mausoleum. Yoshika was defeated by the heroine. During Seiga's battle with the heroine, Yoshika assisted Seiga, but they were both defeated anyway.

She has short azure hair with two rings with a golden staff running through it. Has dark blue eyes. Has an aquamarine dress with a beige vest decorated with dark blue patterns. Has a brown belt with a flower on her waist. She also has black shoes and white socks with a bracelet on each leg.

Seiga acts to further her own goals, and nothing more, which is why she is labeled a wicked hermit and not accepted by the heavens. She doesn't seem to care about anyone, instead manipulating them for her own ends. Her revival of Yoshika's corpse shows her lack of regard for human rights. She doesn't appear interested in material possessions at all, despite her ability to pass through walls. However, in Symposium of Post-mysticism, she does take on a role of reverse-Santa Claus and steals people's belongings to sell back to whoever they bought it from. 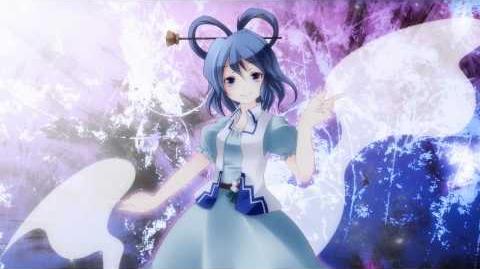 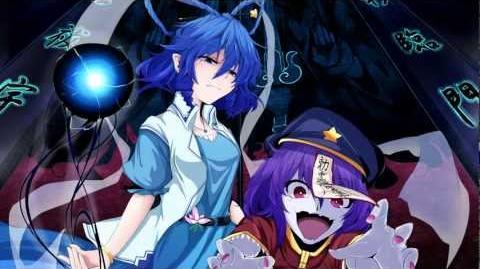 Retrieved from "https://villains.fandom.com/wiki/Seiga_Kaku?oldid=3971243"
Community content is available under CC-BY-SA unless otherwise noted.