Chairman of the Psychiatric Research Institute

Preventing the Heroes from continuing the DC Mini Project.

Become a godly being (succeeded for while).

Rewrite reality to suit his own whims (failed).

My duty is to bring up justice to terrorists like you Paprika!Seijiro confronting Paprika.

Seijiro Inui, often referred to as the Chairman, is the main antagonist in the 2006 Japanese film Paprika. He is a paraplegic scientist with a project to build a perfect place in the dream world.

He is voiced by Tōru Emori in the Japanese version and Michael Forest in the English dub.

Paprika confronts the Chairman, who claims that he is the "protector of the dreamworld", guarding this last haven against the inhumane horrors of reality and technology. He is aided by researcher Doctor Morio Osanai, who agreed to give the Chairman his body and become the Chairman's lackey as long as he retains equal powers over his own dreams. Paprika is eventually captured by the pair after an exhausting chase. Paprika wakes as a butterfly pinned to a table in a room surrounded by pinned butterflies. There, Osanai admits his love for Chiba, and literally peels away Paprika's skin to reveal Chiba underneath. However, he is interrupted by the outraged Chairman who demands that they finish off Chiba; as the two share Osanai's body, they battle for control as they argue over Chiba's fate.

Konakawa enters the dream from his own recurring dream, and flees with Chiba back into his. Osanai gives chase through Konakawa's recurring dream, causing Konakawa to realize that his recurring nightmare and anxiety result from his guilt that he never finished the film he was making with a now deceased friend. He decides to "finish the film" and take control of the dream by shooting Osanai. The act actually kills Osanai's physical body with a real bullet wound. The Chairman also returns in the form of a living nightmare, reveals his twisted dreams of omnipotence, and threatens to darken the world with his delusions. A ghostly apparition of Chiba appears and reveals that she has been in love with Tokita this whole time and has simply been repressing these emotions. She comes to terms with her own repressed desires, reconciling herself with the part of her that is Paprika. Paprika returns to Tokita, throwing herself into his body. A baby emerges from the robotic shell and sucks in the wind, aging as she sucks up the Chairman himself, becoming a fully-grown combination of Chiba and Paprika. In this new form, she is able to consume the Chairman's dream form and end the nightmare he created before fading away. 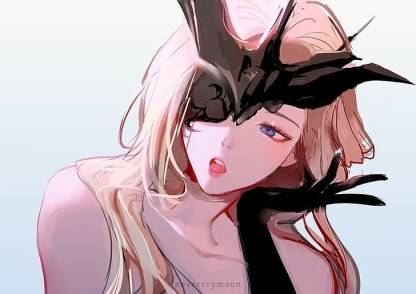