The Witch of Sloth

Sleeping and lazing around.

Take vengeance on the people who abandoned her (succeeded).

Sekhmet, also known as the Witch of Sloth, is an anti-villain in the 2014 Japanese dark fantasy light novel series Re:Zero − Starting Life in Another World, as well as its anime television series & manga adaptations of the same name.

Sekhmet and five of the other witches who had died were devoured by Satella after their deaths. Her soul was collected by the Witch of Greed Echidna. Echidna manifested the Witch of Sloth's soul inside her realm, allowing Sekhmet to interact with the living when they visited Echidna.

Because of her lackadaisical attitude Sekhmet's face was said to look debilitated and apathetic. Her face was beautiful yet unhealthy looking due to its paleness. Her unkempt magenta hair was absurdly long, reaching down to her feet. Physically speaking, Sekhmet was the most mature of the Witches of Sin. She wore a sultry dress that complemented her physique perfectly.

Sekhmet was the very embodiment of sloth who spent most of her time neglecting to exert herself. Her laziness was so crippling that the Witch of Pride Typhon had to bathe her as she neglected to do so herself. She was very protective and nurturing of Typhon, acting as a mother-figure of sorts for the younger Witch.

At some point during her life, Sloth personally exterminated a large number of giants, significantly dwindling their numbers.

Roughly four hundred years after Sekhmet's death, Subaru Natsuki entered the Tomb of Echidna and was subsequently warped to her dream realm. Echidna appeared before Subaru and offered the young man access to her vast knowledge of various affairs. Subaru Natsuki had a blessing known as "Return by Death" bestowed upon him by the Witch of Envy that reset time every time he died, essentially allowing him to cheat death. The Witch of Greed was deeply interested in Natsuki's power and began manipulating him into forging a contract with her that would allow her to study the blessing. Trying to spike his curiosity, Echidna told Subaru the names of the Witches of Sin as well as brief descriptions of their personal histories. On the topic of Sekhmet, the Witch of Greed briefly spoke about the Witch of Sloth's battle with Volcanica where she drove him passed the Great Waterfalls.

During another meeting between the pair, Echidna attempted to form a contract with Subaru, however the Witch of Wrath Minerva intervened on the side of the latter. Shortly afterwards, the Witch of Lust also arrived to convince the boy that a contract with Greed would be detrimental. With three Witches present in a semi-hostile environment, Sekhmet decided to materialize herself to keep the peace. Laying on the ground, Sekhmet interjected into the conversation to question Echidna's actions. Subaru was startled by the addition of another Witch into the equation. Sekhmet introduced herself to Natsuki and assured him she didn't intend to get involved. The other remaining Witches, Typhon of Pride and Daphne of Gluttony, also decided to materialize upon noticing the commotion.

Seeing that Natsuki was confused by the gathering of the Witches, Sekhmet explained to Subaru that they had all convened to discuss the contract between him and Greed. Echidna, seeing that she was losing grip on the situation, made a long-winded and passionate speech about why Natsuki should join her in a covenant. All the while, Sekhmet and the other Witches watched in indifferent silence. After the speech, Subaru rejected Greed's offer on the grounds that he believed Echidna to be too sociopathic to work with. As he spoke, the previously sunny sky of the dream realm darkened as if dense clouds had materialized above the gathering. The Witches immediately knew that it heralded the arrival of the Witch of Envy, who had broken into Echidna's dream realm to confront the group. As she approached, Sekhmet sighed with exasperation that someone troublesome had shown up to cause trouble. With the arrival of Envy, a new Witches' Tea Party, much like the ones in ancient times, had begun. 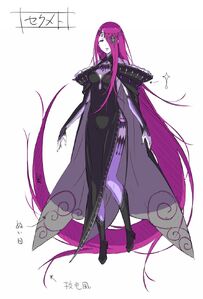 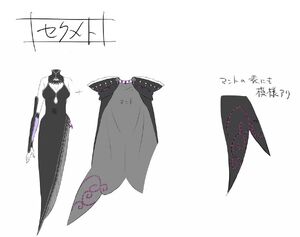 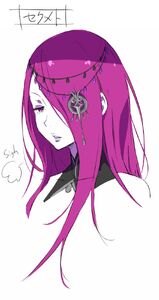 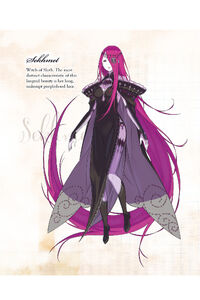 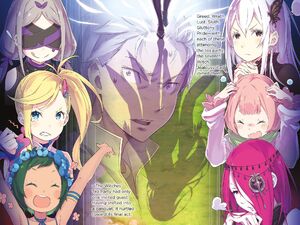 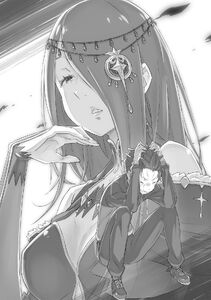 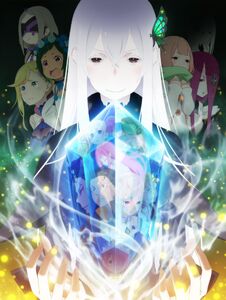 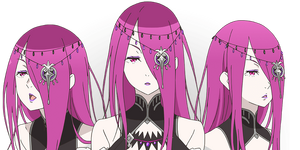 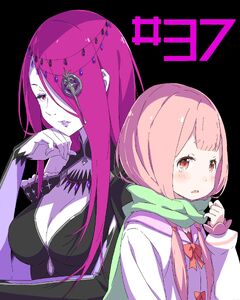 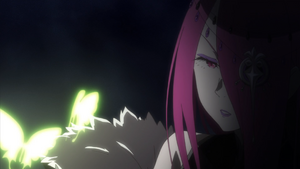