Be the ultimate sorceress.

Use her black magic to take over the world.
Destroy Supergirl (all failed).

Selena is the main antagonist of the 1984 superhero film Supergirl. She is an unmerciful dark witch and the sworn enemy of Supergirl.

She was portrayed by Faye Dunaway, who also portrayed Joan Crawford in Mommie Dearest and Elena Dubrow in Dunston Checks In.

Selena, impatient to be the most powerful sorceress in the world discovered the Omegahedron from Argo City and planned to use it for evil by taking over the world just like Lex Luthor did.

She has also captured Supergirl's love interest, Ethan in her evil palace and sends Supergirl to the Phantom Zone where she loses her Kryptonian powers and became powerless. But she escaped from the prison dimension with help from Zaltar. Emerging from the Phantom Zone through a mirror, Supergirl regains her powers and confronts Selena, who uses the Omegahedron's power to summon a gigantic shadow demon.

The demon overwhelms Supergirl and is on the verge of defeating her when she hears Zaltar's voice urging her to fight on. Supergirl breaks free and is told by Nigel the only way to defeat Selena is to turn the shadow demon against her. Supergirl quickly complies and begins flying in circles around her, trapping her in a whirlwind.

Selena is attacked and incapacitated by the monster as the whirlwind pulls Bianca in as well. The three of them are sucked back into the mirror portal, which promptly reforms, trapping them all within forever.

Selena was a cruel and ruthless woman who would stop at nothing to achieve her dream of world conquest even if others had to suffer. She was also extremely vain, thinking of herself as the ultimate sorceress. As Supergirl put it she had no friends and treated everyone as if they were made to serve her. She even tried to kill her only friend Bianca when she tried to escape. 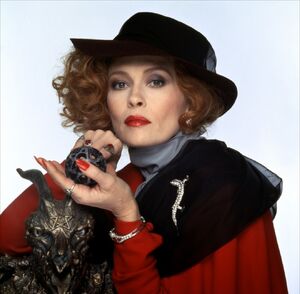 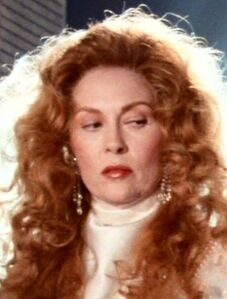 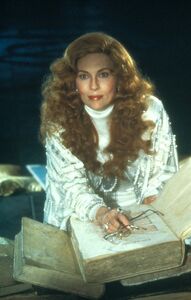 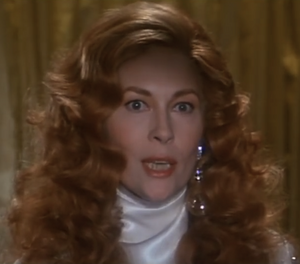 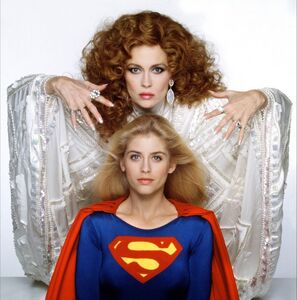 A promotional picture of Selena with her arch-enemy Supergirl.