Spreading the religion of R'hllor.

Sacrificing people to her god.
Praying.

Obey to her god.

Serve her husband as Azor Ahai and king.
Rule Westeros.
Convert Westeros to the faith of R'hllor.
End any other religion in Westeros.
Give a loyal army of wildlings to her husband.
Defeat the Others.

Queen Selyse Florent, formerly known as Lady Selyse Baratheon is the wife of King Stannis Baratheon and a character of A Song of Ice and Fire. In the TV series Game of Thrones, she served as a supporting antagonist of the fifth season. She is the key person to make Melisandre spread her faith in Dragonstone, and she is the most fervent supporter of the new religion and more fanatic than her husband.

Selyse is the daughter of the deceased Ser Ryam Florent and the older sister of Ser Imry and Ser Erren. She is married to Lord Stannis and they have one daughter, Shireen Baratheon. She is the niece of Lord Alester Florent, the head of her family. In the TV series, Ser Axell Florent is her elder brother, while in the novels he's her uncle.

Queen Selyse is present at the ritual burning of the statues of the Seven on the shores of Dragonstone, standing at the side of her husband and King. When Stannis pulls the flaming Lightbringer from the "heart" of the statue of the Mother, she kneels alongside the rest of the worshippers of the Lord of Light and the other bannermen. After the ceremony is over, Stannis extends his hand and Selyse rises to her feet to walk after him. 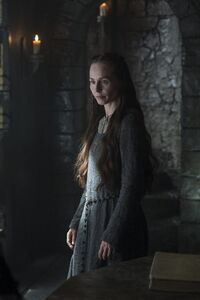 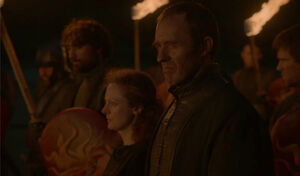 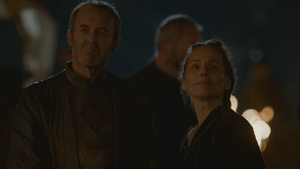 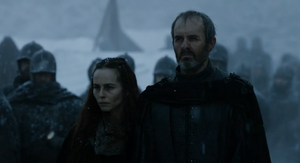 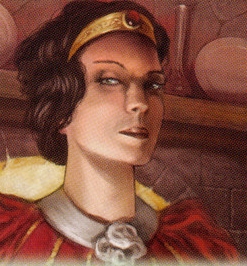 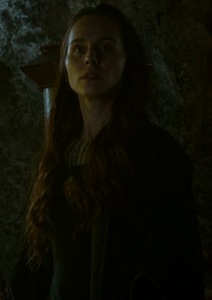 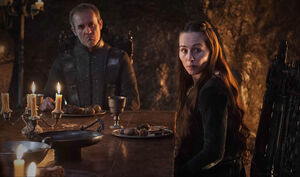 Selyse with her husband Stannis. 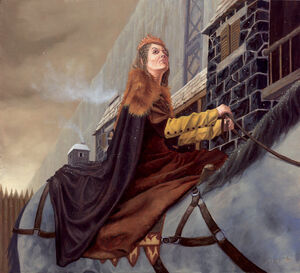 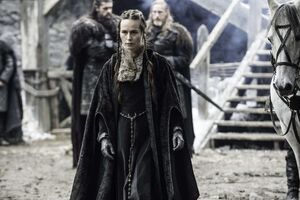 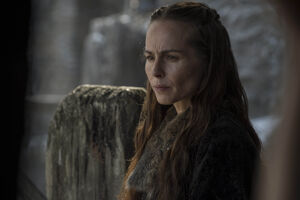 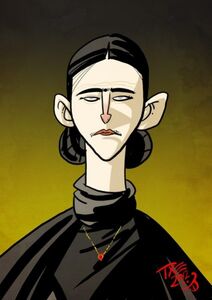 Retrieved from "https://villains.fandom.com/wiki/Selyse_Florent?oldid=3319620"
Community content is available under CC-BY-SA unless otherwise noted.