Assisting Torrez with his drug trade.

John McLaughlin is the secondary antagonist of Machete, appearing in both the faux-trailer from Grindhouse and the actual film. In both appearances, he is depicted as a United States Senator and an opponent of Mexican immigration.

He is portrayed by Robert De Niro, who also played Neil McCauley in Heat, Vito Corleone in The Godfather Part II, Travis Bickle in Taxi Driver, David "Noodles" Aaronson in Once Upon a Time in America, Jake LaMotta in Raging Bull, Al Capone in The Untouchables, Louis Cyphre in Angel Heart, Jimmy Conway in Goodfellas, Max Cady in Cape Fear, Ace Rothstein in Casino, Gil Renard in The Fan, Louis Gara in Jackie Brown, and Don Lino in Shark Tale.

Little is known about the Senator in the faux-trailer. He is said to be newly-elected and is attempting to remove illegal immigrants from the United States. Machete is hired to assassinate him by the Well-Dressed Man, but Machete is double-crossed during the attempt. As Machete prepares to shoot the Senator while he is waving to a crowd, he is shot in the shoulder by the Well-Dressed Man's Sniper. The senator is later successfully assassinated when Machete jumps on his limousine and throws machetes into an open sunroof, also killing the Senator's wife in the process.

In contrast to his depiction in the fake trailer, McLaughlin is shown to be a long-serving senator running for re-election. However, like his counterpart, he is against immigration. McLaughlin strongly believes that Mexican immigrants are pests that plague the United States, and should he be re-elected he promises to build an electric border between the United States and Mexico.

As with the fake trailer, Machete is hired by Michael Booth (the Well-Dressed Man's name in the film) to kill McLaughlin and double-crossed during the attempt.

While McLaughlin is giving a speech to a large crowd of people about why he should be re-elected, Machete gets into position. Just before Machete pulls the trigger, he notices another sniper who shoots Machete in the shoulder, then immediately after shoots McLaughlin in the leg. Camera surveillance makes it seems like Machete was the one who shot McLaughlin, and since Machete is Mexican, this "assassination" attempt only supports McLaughlin's belief that Mexican immigrants are pests. It becomes clear very quickly that Booth and McLaughlin are actually working together, and while McLaughlin is in the hospital recovering, support for his re-election skyrockets.

Later in the film, Machete gathers evidence from Booth's computer that Booth, McLaughlin, and Rogelio Torrez are all part of a large drug trade (the money of the drug trade being used to support McLaughlin's campaign). While McLaughlin gives a speech in the hospital after his recovery, with Booth by his side, his dark secrets are revealed, including his faked assassination and a video of him shooting an unarmed, non-hostile Mexican who was trying to cross the border (with the help of Von Jackson's border vigilantes). Booth and McLaughlin leave the scene, and get into a car. In a state of rage, McLaughlin kills Booth and goes to the base of the border vigilantes.

Unfortunately for McLaughlin, the border vigilantes see him as a traitor as well, and just as they are about to execute him, the Network members arrive at the base and attack. One member of the network shows McLaughlin mercy, but states that McLaughlin needs to "turn Mexican real fast." McLaughlin puts on a sombrero and joins the fight. He sees who he thinks is a nun, and ask for mercy; the "nun" is actually April Booth, who shoots McLaughlin multiple times as revenge for killing her father.

That night after the battle, McLaughlin regains consciousness (he shows that he was wearing a bullet-proof vest) and proceeds to escape the base. Ironically, the surviving border vigilantes whom McLaughlin was with at the beginning of the film mistake him for a Mexican, shoot him several times, and get him to fall into an electric fence, finally killing him. 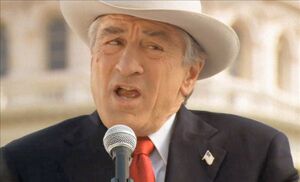 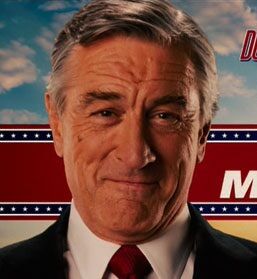 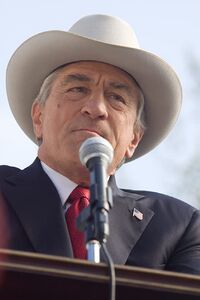 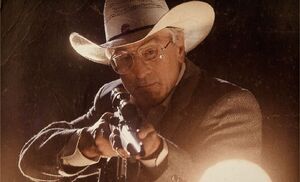 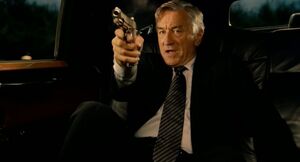