Leader of the Court of Owls (formerly)

Member of the League of Shadows
Commander of the Talons

Destroy Gotham City in order to rebuild it in a better way.
Destroy the Court of Owls (all succeeded).

The Temple Shaman, also known as The Sensei, is a major antagonist in the FOX TV series Gotham, serving as an unseen antagonist in Season 2 and one of the three main antagonists (alongside Jervis Tetch and Edward Nygma) of Season 3.

He is the leader of the Court of Owls who believes that the city of Gotham has taken a wrong way, so he and the Court intend to destroy it completely in order to reshape the new Gotham more to their liking. When Bruce Wayne starts investigating the Court, the Court has him kidnapped and brought to the Shaman's hidden mountain temple. There, the Shaman begins to train Bruce to become the protector of the new Gotham. However, it is revealed that his training serves only to indoctrinate Bruce, with the Shaman eventually succeeding in turning Bruce into a brainwashed puppet.

He was portrayed by Raymond J. Barry, who also played Caleb Warrens in the Purge film series, Chester Hoenicker in Flubber and Dante Wallace in The 100.

With Bruce, the Shaman arrives at the main headquarter of the Court of Owls where its council is in session. While Bruce remains in the shadows, the Shaman asserts his rightful place as the Court's leader and addresses his fellow councilmen. He claims that three years ago, a great wrong was dealt by the Court's hands in the murder of Thomas and Martha Wayne. One of the Court members accuses the Shaman of having left Gotham for years despite being the organization's leader and states that choices had to be made. After listening to the man's arguments, the Shaman asks Bruce to come forward. Reminding him that it were his parents who were killed, the Shaman tells Bruce to pass the judgement. However, he also urges Bruce to have the Court executed and when Bruce does not react, the Shaman claps in his hands which causes a group of Talons to emerge from the shadows and slaughter the leaders. After the deed is done, the Shaman coldly turns to Bruce and mentions to Bruce that he hesitated. Bruce promises that he won't next time and the Shaman tells him that he knows Bruce will not.

While the GCPD desperately tries to locate Bruce and the bomb, the Shaman and Bruce look over the city from Wayne Enterprises. The Shaman mentions that Bruce seems off and asks whether it was the meeting with Alfred that threw him off rails. Bruce replies that it is nothing and that he wants to be ready to fulfill his destiny. The Shaman reveals that Bruce will, and adds that after Gotham has fallen, the Shaman will bring Bruce to the man whose vision singled Bruce out to be the hero of Gotham. As the time for the detonation draws closer, the Shaman and his protegee look over the skyline of the city they are about to destroy.

When the moment has come, the Shaman tells Bruce to press the trigger to detonate the bomb. Before he can do so, Alfred storms into the room, having obtained Bruce's location from Strange. He begs Bruce not to press the button while the Shaman urges Bruce to do exactly that. Once more, Bruce steps in front of the Shaman to shield him. Realizing that Bruce is about to give in to Alfred, the Shaman jumps forward, grabs Bruce's hand and presses the detonator himself. While he does so, he is mortally shot by Alfred multiple times. He slumps to the ground and Bruce rushes to his side. As he dies, the Shaman tells Bruce to find the Demon's Head in order to fully understand his destiny. Although he dies of his wounds moments later, the bomb still goes off and the Shaman has thus achieved his goals. 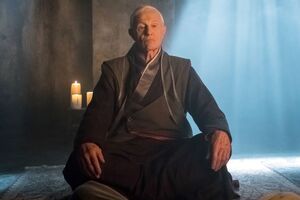 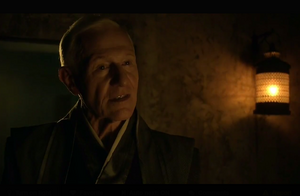 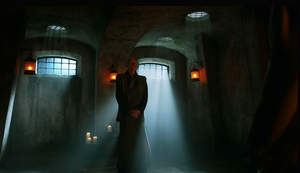 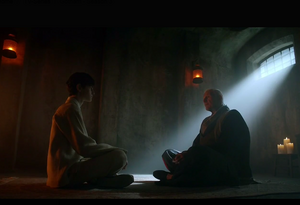 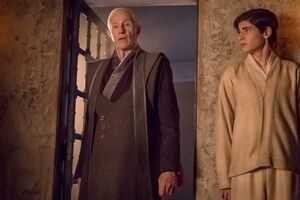 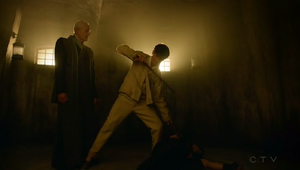 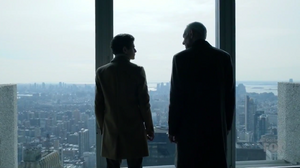 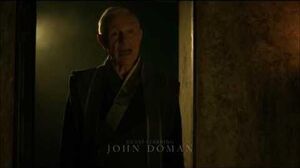 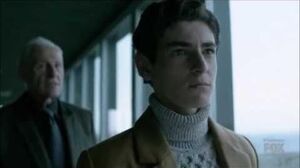