The Sentience are a religious order, originally an obscure branch of the Timberwolves, that has since grown into its own organization that rivals the Timberwolves and worships the Slender Man as a deity. They originate from the Slender/ARG series The North Woods Project.

At one point, Alex tells the audience that he has found a missing person's report for Tyler, who has not been seen for two weeks, and that he is worried for his safety. A video is posted onto the channel one day later by a member of the Sentience, saying that they have abducted Tyler and has added him to their "collection". A message shown in the video "Ray sends his regards", leads to a small crossover between Project Natural (also connected to a Twitter account), in which a conversation reveals that they've been having similar problems, and that they will stay in touch.

In a video uploaded by the Sentience, Alex receives a CD sleeve with the TNWP symbol, a triforce with the Operator symbol branching out through the middle, written on the front, and a binary message on the back. He goes into the woods, looking for the one responsible, where he is confronted by the Archangel. After being chased down and being fought to the ground, it pretends to be knocked unconscious by Alex, so that it may spring up unexpectedly and continuously teleport him through a hellish environment, where it reveals that a brutally beaten Tyler has become a member of the Sentience. After being teleported through several corridors, the Approved, an elite group of Proxies that were chosen from the Sentience by the Slender Man, capture Alex, wipe his memory, and put him in stasis until he is of use to them again.

A video posted by Alex shows him waking up from a daze with little to no memory of the events in the last three videos, or uploading them onto the YouTube account. After watching them, Alex slowly recalls the events in question, conforming Tyler's apparent death. While posting the video, Capper records over the footage with videos of him smashing in a Sentience member's skull with a hammer, torturing Tyler with a number of tools, and Alex trapped in a purgatory-like state, as well as footage recorded by Alex himself. Alex states over Twitter that he will continue to search for Tyler to uncover the truth.

Alex states later that he has been having several hallucinations and nervous breakdowns in the past several weeks, and that he does not remember ever having parents or having to use wifi or phone service to post videos or receive texts. He later gets a large box on his doorstep, with the TNWP symbol and Twin Triangles on the front, with the phrase "TIME'S COMING NEAR" under it. After opening the box, Alex finds several cryptic messages, a gun, hints that something will happen to him in three hours, and another tape that dates back to 2011. At the end of the video, footage overwritten by the Sentience shows a woman with a bag covering her face held at gunpoint, in which the video abruptly ends.

Alex mentions that he has had a dream about seeing the girl previously shown at the end of the video. After seeing her in his dream, he runs, eventually falling outside the universe and into Bliss, where he was grabbed by "freaking messed up hands", until he wakes up in a cold sweat. After hearing footsteps, Tyler and Alex are forced to investigate, where they find the Plague Doctor. After sprinting away from him, Alex finds himself blacked out on a sidewalk. After several more cryptic posts are made via Twitter by the Sentience, Alex confirms that nothing has happened in "well passed three hours", and that he will continue to investigate Tyler and Robert's whereabouts.

In a video uploaded the next day by the Sentience, several Sentience members are encircling the same girl shown in "One", and mentioned in "2011 Footage: Tape 3". Muffled screams can be heard, as each member present is holding a firearm. The TNWP symbol is displayed over the victim's head, and a strange code is shown under the frame. An image of the Slender Man flashes quickly across the screen, and the text appearing in the video suggests that Alex has forgotten several crucial events occurring throughout the plot.

After several cryptic tweets revolving around the same code shown in "PANTHEON" are made by the Sentience, Alex posts a video on his channel showing him finding a paper bag containing an SD card and a tape belonging to a Super 8mm camera. After reviewing the tape, the video reveals Alex and Robert being ambushed by a Sentience member, eventually resorting to burning the person alive, in which the footage abruptly ends. Alex states that the footage was taken over 20 years ago, yet shows a contemporary version of him, causing him much confusion.

Several tweets made by an unknown source suggest that three subjects have been chosen for a vague experiment of some sort. Later, a video posted on the channel Jeff Woods shows the main character finding a note written by the Sentience in his house, with the message "TURN AROUND" written on the back. After being tortured, teleported, and otherwise beaten across several different places by the Slender Man, Jeff then falls to the ground, screaming and is dragged away, in which the video ends.

The next video posted on Jeff's channel shows Alex getting a call from Jeff late at night, with Jeff begging for his help, and suddenly snapping into insanity, ending the call prematurely. Alex turns around, only to find Jeff standing in his room, in which he tackles Alex. The video cuts to a sane and content Jeff, telling the viewer that he has been seeing the Archangel outside his house for a long while, and showing another card he received prior to the events in "Virus.avi" from the Sentience.

The camera cuts to Jeff lying on the ground in a coughing fit, in which he runs to call Alex, giving him the same beg for help shown previously. Jeff then gets dragged away and kidnapped by the Sentience, claiming that he is strong enough to become a member of the Approved. After stating that death is mandatory to join, Jeff refuses, causing the Sentience to send him back with a pumpkin covered in laughter, notes suggesting that he might die, and that he may have a "HAPPY HALLOWEEN", even though Jeff claimed that it was not even close to October. Jeff then looks around his house, resulting him in getting beaten down to the ground, when the video ends. 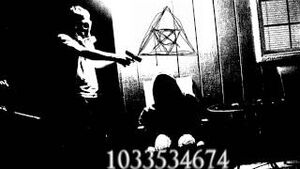 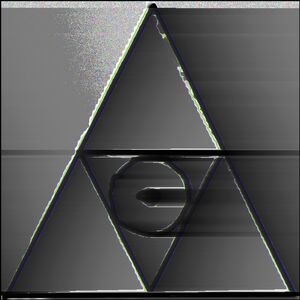