Defeat and destroy every each mutant in the world including the X-Men even if it means to hurt the humans.

The Sentinels are specialized mutant-hunting machines created by Dr. Bolivar Trask as a solution to what he felt was a growing problem caused by superhuman mutants; however, the Sentinels soon grew out of hand and planned on taking over humanity - it was only due to the intervention of the mutant superhero team known as the X-Men did the Sentinels plan for domination toppled.

However, the damage had been done, and many other villains and misguided souls created new versions of the Sentinels, some driven by hatred of mutants, others simply trying to make the world safer. These Sentinels varied largely in size, function and danger but all of them shared a common trait: they were merciless hunters of the mutant race and a symbol of fear and hate in the eyes of many.

In addition to the legions of lesser drones, there have been a number of Sentinels who have evolved beyond their normal programming and have become super-villains in their own right. Examples of these elite Sentinel units would be Master Mold (the supreme leader of the Sentinels in the early years), Nimrod (a future Sentinel of immense power) and Bastion (the mystical-fusion of Master Mold and Nimrod).

The Prime Sentinels are a variant Sentinel class created by Bastion and are separated from all other Sentinel classes by being cyborgs.

The Prime Sentinels were designed to hunt down and eliminate mutants just like their robotic counterparts, but the fact that they were part organic (with the ability to feel, yet the inability to fight against their control) made them a much more problematic threat to the X-Men, as they could not simply kill them without serious ethical debates. A way was found to put a stop to Bastion's creation of Prime Sentinels, though whether or not they'll show up again is unknown.

Arguably one of the most infamous Sentinel classes of all time and one of the rarest - the Wild Sentinels gained international infamy when they were activated by Cassandra Nova.

The omnicidal madwoman proceeded to use the Wild Sentinels to massacre the nation of Genosha - killing millions of mutants in one of the greatest massacres the X-Men ever faced (at least during that time period).

The nightmare of the Wild Sentinels would resurface once more when Danger unleashed one on the X-Men again - bringing back more than a few bad memories.

The Wild Sentinels do not seem to be as easily mass produced and, given the terrible loss of life these particular Sentinels caused, it is unlikely that they would be utilized by most factions (of course, this doesn't exclude them being used by psychotic terrorist groups, such as The Right or Purifiers).

0101 is nanite-based and thus one of the more deadlier variants of the mutant-killing machines to encounter mainstream Earth. 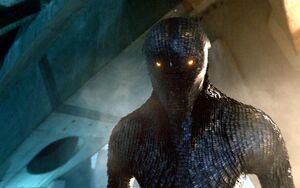 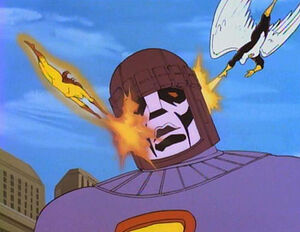 A Sentinel in Spider-Man: And His Amazing Friends. 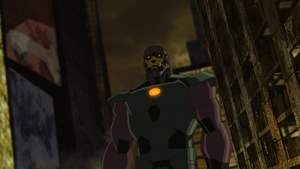 A Sentinel in Ultimate Spider-Man. 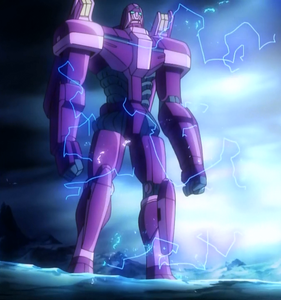 A Sentinel in Marvel Disk Wars. 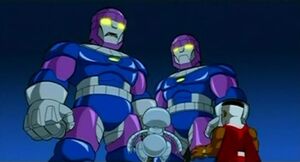 Sentinels in The Super Hero Squad. 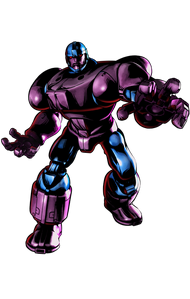 A Sentinel as it appears in Ultimate Marvel vs. Capcom 3. 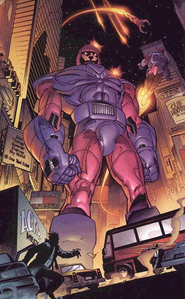 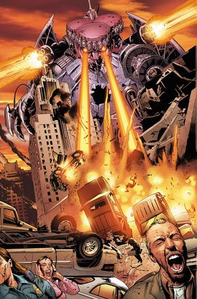 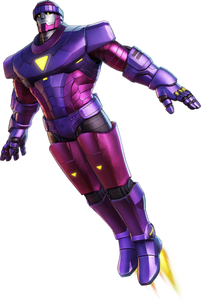 A Sentinel in Marvel Ultimate Alliance 3: The Black Order. 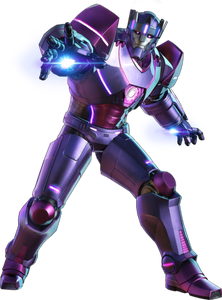 The Ultimate Sentinel in Marvel Ultimate Alliance 3: The Black Order.