The Separatists of Saporia is a centuries-old organization dedicated to destroying the kingdom of Corona. Their members hail from what was once Corona's rival kingdom, Saporia. and serve as the main villainous faction of the Tangled episode "Rapunzel's Return".

After the war between Saporia and Corona ended due to a romantic union between the leaders of the kingdoms, as well as their land, but because of this a small sect of Saporia felt betrayed and formed the Separatists of Saporia and one day promised to return to reclaim Saporia. after centuries it was thought that this group died out but some people suspected they were still around. this was true as their current leader Andrew was planning to steal Herz Der Soone's journal, which contains Corona's secrets.

In the season 3 premier, Andrew, alongside Varian and the sepratists have taken over Corona after Varian wiped away the King's and Queen's memories. 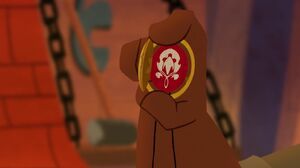 The emblem of the Saporian separatists 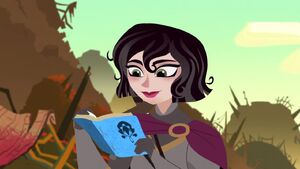 The emblem on the potion recipe book 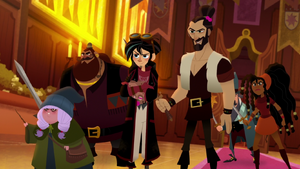 Separatists of Saporia In Rapunzel's Return 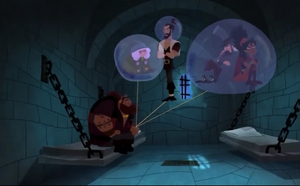 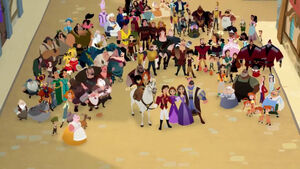 Retrieved from "https://villains.fandom.com/wiki/Separatists_of_Saporia?oldid=3902628"
Community content is available under CC-BY-SA unless otherwise noted.