Awakening the goddess Ashera and wiping out all life on Tellius for the atrocities of the past.

Sephiran, sometimes known under his title of Duke Persis, is the Prime Minister of the Begnion Empire and the senior-most member of the Begnion Senate, first appearing in Fire Emblem: Path of Radiance and reappearing as a more major character and the main antagonist in Fire Emblem: Radiant Dawn. At the end of Fire Emblem: Radiant Dawn, it is clear that many of the events that transpired between the two games, like the Mad King's War, were actually caused by him.

Sephiran was once known as Lehran, the one-thousand-year-old heron who accompanied Ashera in her battle against the dark god, and it was he who imprisoned Yune within the medallion that would one day be known as the Fire Emblem.

Upon marrying Altina, the founder of Begnion, she bore his child, the very first Branded, thereby creating the Apostolic dynasty, every member of which was blessed, as was Lehran himself, with the ability to hear the voice of the Goddess Ashera. Shortly after the birth of his child, Lehran lost the ability to transform and to sing galdr, becoming neither beorc nor laguz.

Following his transformation, Lehran retreated to Goldoa, where he lived secretly under the King Dheginsea's care for 700 years. He later departed Goldoa in search of a means by which he might end the mistreatment of laguz slaves due to the extreme isolationism of the dragon kingdom. While in Begnion, Lehran met Misaha, the Apostle who would become the grandmother of the Empress Sanaki, and convinced her to reveal her Brand to the world.

Soon after this, the corrupt Begnion Senate plotted to usurp the Empress, and assassinated Misaha, framing it on the heron tribe. Hundreds of angry Begnion citizens were outraged, killing all but five of the herons, and setting the Serenes Forest on fire. Lehran was placed under the care of King Dheginsea of Goldoa, and many times in his distress, attempted suicide. He eventually left Goldoa, changed his name to Sephiran, and determined that the beorc and laguz were unfit to live. He then plotted to start war among the people, which would break the covenant mankind made with the goddess Ashera, which would then cause her to pass her judgement upon all people.

Through both games, his final goal, the revival of Ashera for the destruction of the world and the purging of both Beorc and Laguz, is nearly fulfilled as all those not under the protection of Yune are transformed into stone with the outbreak of war across the continent. In his eyes, the Beorc and Laguz cannot change, and will continue along their path of violence and destruction so long as they are allowed.

He is fought by Ike and his chosen companions in the Tower of Guidance in Part IV Endgame IV. Ike figured out that Sephrian has been behind many of the past events as well as being the master of the Black Knight. Sephrian admits all the tragedies he has caused much to Sanaki's dismay and Ike's anger. Ike tells Sephrian that he will make his death as painful as possible. The party is forced to defeat him in order to fight Ashera. During the first playthrough, he has to be killed, but that can differ in subsequent playthroughs.

Lehran is a very confusing character. For one, he is very accepting of his potential death, likely because he feels guilty yet obligated to do what he had done.He also feels that there may have been hope for redemption, for him and the races of Tellius, but also believes that he has come too far to turn back.

All in all, Lehran is a very troubled person, who believes that humanity is too violent to be allowed to live. However, on the second playthrough of the game, it is possible to recruit Sephiran, after he finally sees the error of his own ways. If Lehran survives the battle with Ashera, he visits the Serenes Forest, and his soul becomes healed. 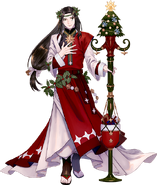 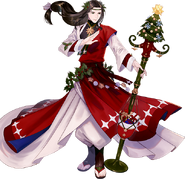 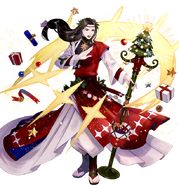 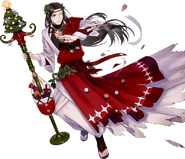 Retrieved from "https://villains.fandom.com/wiki/Sephiran?oldid=4221081"
Community content is available under CC-BY-SA unless otherwise noted.