Seraphim, or Sera for short, is a vampire ninja and a character from the novel Is This A Zombie? and the anime of the same name.

Seraphim is most likely an anti-hero, but shows plenty of villainous tactics by being rude, uncaring, disrespectful, and insensitive by verbally and physically abusing Ayumu Aikawa in his own home with actually no good reason at all. Her character is more hated than Haruna, who shows a little more gratitude and respect for Ayumu more than Sera herself. However, she insists that her rude attitude stems from the fact that her village has been at war for 100 years, saying that sort of thing tends to make someone less-than-friendly.

Seraphim has an obsession over the Tsubamegaeshi Sword Style, and is constantly seen praising it. She is shown to be quite rude, uncaring, and discorteous, especially to Ayumu, constantly calling him a "piece of shit" (lit. "dung beetle"), or "disgusting", mainly because of him being a pervert. Despite being extremely argumentative and obnoxious, she does show concern for his well being when she volunteer to help fight with Ayumu twice against Kyoko and the King Of The Night. As well in episode 11 where she was worried if Ayumu would ever wake up after losing Eu. She has shown to care very much of Eu. Despite her loyalty as a vampire ninja, she later given up on the mission to kill Eu by her superiors. Also as a vampire, she periodically requires blood to stay alive, and can anesthetize people with a kiss in order to numb the pain from neck bites (she does this with other girls, since kissing a boy would symbolize marriage in her cult's rules).

She also plays the violin, and is very dedicated to learning how to cook. Although the food always taste horrible and causes Ayumu to faint. In Season 2, she turns out to be a tsundere and imply that she is in love with Ayumu, as she becomes more friendly than hostile, but she still believes Ayumu has dense perversions as she punished him in episode 9 (season 2) when Naegleria was on top of Ayumu accidentally. 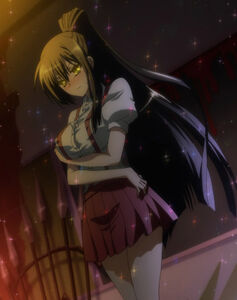 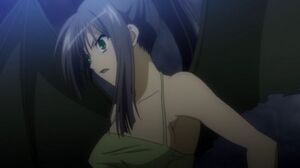 Sera in the sky
Add a photo to this gallery
Retrieved from "https://villains.fandom.com/wiki/Seraphim_(Is_This_A_Zombie%3F)?oldid=3750518"
Community content is available under CC-BY-SA unless otherwise noted.