Sergeant Metallic, also known as Major Metallitron in the English dub, is an antagonist in the Dragon Ball franchise. He is a robotic member of the Red Ribbon Army, created by Dr. Gero and working under General White.

He resembles Arnold Schwarzenegger's Terminator role. When Son Goku first entered the Muscle Tower, in search of one of the Dragon Balls and to save the mayor of the village near the tower, he was greeted by Metallic, who was expecting him and challenged him to a battle.

During the fight, Goku is unable to inflict damage on him, so he uses a Kamehameha, which makes Metallic's head fall off, but the robot continues attacking Goku. When Goku is about to finish him off, Metallic simply stops moving, because his batteries emptied during the fight. So, Goku simply leaves him and continue climbing the tower.

Sergeant Metallic briefly returned in Dragon Ball GT, who escaped from Hell along with the other villains from the past. He was quickly destroyed by Pan and was sent back to Hell.

Metallic appears as a minor antagonist and takes part in Master Shen and General Tao's plan to take over the Mifan empire. When the Mifan Army confronted Goku and his friends, Metallic enters and fight against them. He hits Krillin into a wall and withstands Launch's gunfire. However, Goku kicks him his head off and defeated.

Dragon Ball: The Path to Power

Metallic appears as a minor antagonist in the 10th anniversary film Dragon Ball: The Path to Power. He is redesigned by Akira Toriyama. When Goku enters the Muscle Tower, Metallic greets and challenges him to a fight. Goku punches Metallic that causes his head to fall off and destroyed.

Metallic also appeared as a boss character in the videogame Dragon Ball: Revenge of King Piccolo. 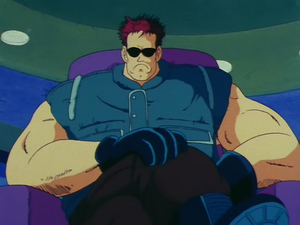 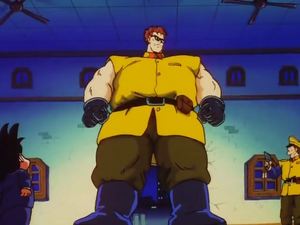 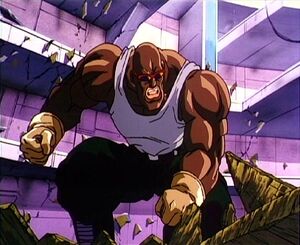 Metallic in Dragon Ball: The Path to Power.