Weaponry
Strategy
Each tribe also has their own special abilities

Get revenge on humanity for imprisoning them (failed)

Redeemed Mongers
The Serpentine are a major antagonistic faction in LEGO's Ninjago theme, including sets, the cartoon, and other spin-offs. They are an ancient race of reptilian humanoids who were once the dominant species of Ninjago. They were the primary enemies during Ninjago's 2012 theme run, replacing the Skulkin in 2011 and being replaced by the Stone Army in 2013.

They warred with each other for centuries until the people of Ninjago rose up (likely with the aid of the First Spinjitzu Master) and locked them away in five separate tombs, one for each tribe (Anacondrai, Hypnobrai, Fangpyre, Constrictai, and Venomari). Centuries later, they were released by Lloyd Garmadon and Pythor.

The Serpentine have an undefined connection to the Great Devourer, worshipping it as an all-powerful god and ruler. They formerly believed that the Devourer could have been used as the ultimate weapon for ruling Ninjago and getting revenge on its current inhabitants, but they saw him failing.

As of now, the Serpentine follow Skales, and live underground in the former tomb of the Stone Army. They have also redeemed themselves and put aside their warrior ways. 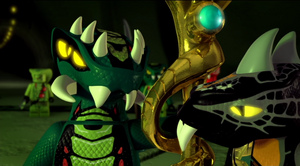 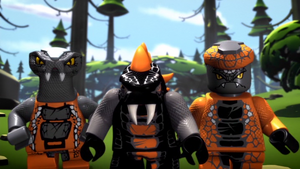 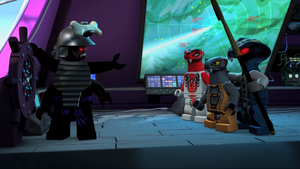 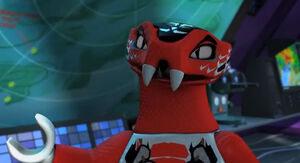 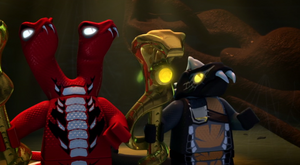 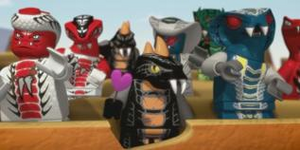 Serpentines in the Lost City of Ouroboros. 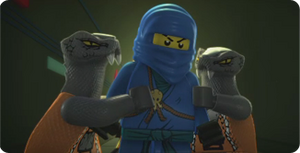 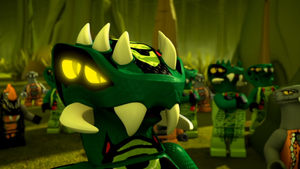 Acidicus and the Serpentine Soldiers. 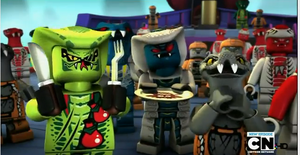 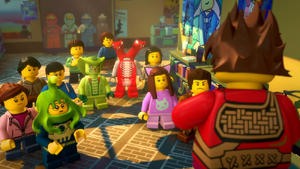 Fangdam and Lasha at Doomsday Comix. 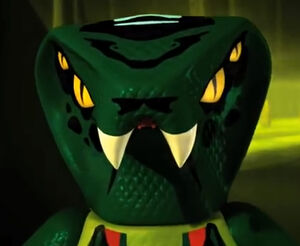 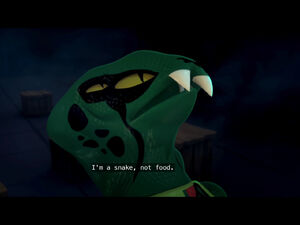 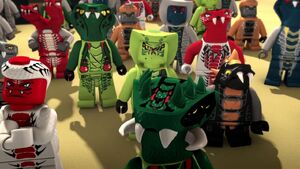 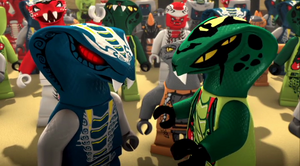 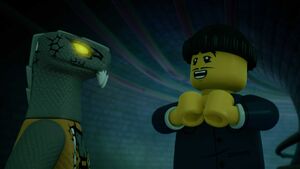 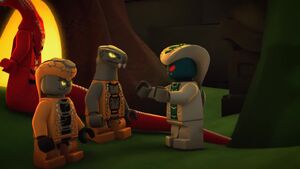 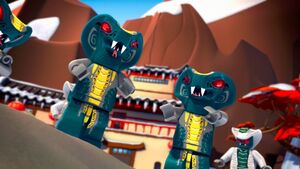 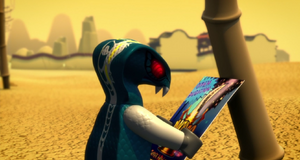 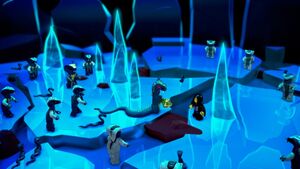 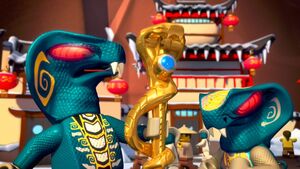