Seska is an antagonist in Star Trek Voyager. She was a 24th century Cardassian operative, surgically altered to appear Bajoran in order to infiltrate the Maquis. Before being stranded in the Delta Quadrant with the rest of her Maquis team and the USS Voyager crew, she was assigned to Chakotay's Maquis raider, the Val Jean, and used her relationship with him to steal Maquis secrets.

She was portrayed by Martha Hackett.

The Maquis and USS Voyager

Seska first joined the Maquis in 2369 while undercover for the Cardassian Union.

She served under Chakotay aboard the Maquis raider the Val Jean when it was catapulted into the Delta Quadrant by the Caretaker's array in 2371. She was close friends with B'Elanna Torres and on the ship was granted the field commission of ensign, initially in the science department but later moving to engineering. Not very fond of the Federation, Starfleet and their "mighty principles", she was often condemnatory and bothersome with their rules and made it clear to Chakotay that if the situation ever necessitated it, she would support a Maquis mutiny.

She was involved with Lieutenants Torres, Joe Carey and Tuvok in a covert attempts to acquire spatial trajector technology from the Sikarians, behind Captain Janeway's back. When their plan to steal the technology failed, she attempted a cover-up , but B'Elanna held her back, stating that she did not want to lie anymore; something Seska found rather disappointing.

Her disdain of Starfleet and Starfleet principles, such as the prime directive, lead to her distancing herself from the crew further, ultimately leading to collaboration with the Kazon-Nistrim, offering them replicator technology in exchange for their help in this unknown part of the galaxy. She did not care that something simple like replicators could shift the balance of power in this part of the quadrant as her primary goal was to get back home.

Her true origins remained undiscovered until the time she helped transfer replicator technology to the Nistrim and was seriously injured during the transfer. The Doctor's subsequent examination caused her true Cardassian nature to be revealed. She denied this fact, claiming that she had suffered from Orkett's disease as a child and received an extensive transfusion from a Cardassian to survive. When Chakotay confronted her, revealing the cover up, she finally fessed up to everything and openly expressed her dislike for Captain Janeway's decision, calling her a fool for having gotten them stranded in the Delta Quadrant and unwilling to give the Kazon what they wanted, so Voyager had an ally. She also expressed her disappointment in Chakotay, whom she believed had naively followed Janeway's footsteps, and stated that she couldn't imagine why she had ever loved him. Before she could be further questioned, she managed to escape Voyager and transferred aboard a Kazon raider.

Collaboration with the Kazon and Death

After Seska left Voyager, she set about restoring her Cardassian physiology and became the consort of First Maje Culluh, the leader of the Kazon-Nistrim sect. Culluh had a thirst for power and she used that to manipulate him to do what she wanted. Equipped with Starfleet, Maquis and Cardassian tactical experience, she provided the Nistrim with expertise on Voyager and schemed ever newer ways of stealing the ship and its technology.

In order to capture Chakotay, she planned a successful attempt to steal a transporter control module from Voyager, knowing that he would come after it. Even though Chakotay was able to destroy the module, he was captured and heavily beaten during interrogation. During his capture, Seska tried to get close to Chakotay but he rejected her advances, later laughing at Cullah, telling him that when Seska was through with him, she would kill him.

Shortly after Chakotay was rescued, Seska contacted him, claiming that she had impregnated herself by extracting his DNA and that she was carrying his child. At the same time, she had also told Culluh that the child belonged to him, thus using the baby to manipulate both men.

Later that year, she and Cullah were contacted by Janeway and her crew who proposed building an alliance with the Nistrim in exchange for providing them with emergency supplies where needed. Culluh - who did not want a woman to dictate the terms of the agreement - insisted on a crew exchange as condition of the alliance; a proposal Janeway found unacceptable, resulting in the end of further negotiations. When Voyager formed an alliance with the Trabe - an enemy of the Kazon - instead, Seska was angered, accusing Culluh of having let Voyager slip away because of his attitude which she promised would one day be his undoing. Even though Cullah did not like being talked to like that by a woman, she always managed to manipulate him to look the other way and acquiesce to her demands and scheming.

Seska was not the only one disillusioned with Captain Janeway's policies: Voyager crew member Michael Jonas also appeared to harbor resentment towards the Starfleet policies he had to live by and soon after Seska left, contacted her, offering to collaborate with her and help sabotage the ship by supplying her and the Nistrim with vital information pertaining to Voyager. However, Janeway and Tuvok discovered Jonas's transmissions and through an elaborate plan were able to expose him.

In late 2372, Seska gave birth to the child she claimed to be Chakotay's. She immediately contacted him, claiming that Culluh had discovered that the child was not his and threatened to have the child be raised as a slave. This lured Voyager into a trap in which a Kazon operative named Tierna was able to enter the ship and detonate organic explosives in his blood stream while on board, disabling the ship's power systems and the primary computer core. Janeway was unable to activate the auto-destruct sequence in time and the ship was boarded by Kazon troops. Soon after Seska and Culluh took over the ship, they marooned its crew on a desolate planet named Hanon IV.

During the Kazon occupation of the ship, Seska took stringent precautions against any possible threats, even questioning The Doctor's loyalty. That line of questioning was cut short when he revealed through a DNA analysis that her baby was actually half-Kazon, not human, and thus not Chakotay's. This greatly disappointed Seska who had been sure that the baby was half human and was hoping to forever trap Chakotay by her side.

After taking over the ship, Seska and Culluh did not get very far, however, as most of the Kazon were ill equipped to navigate and control the ship's complex and unfamiliar technology. In addition Tom Paris - who had left Voyager in a shuttle prior to the Kazon attack to seek help - with assistance from Talaxian forces, as well as The Doctor and Lon Suder - was able to retake the ship. During the mission to recapture Voyager, Seska was mortally wounded in the resulting overload of the console she was at and only had a few minutes to live before she collapsed with her baby in her arm. Culluh discovered her body and escaped with their son just before the crew returned.

At some point in the early days of Voyager's journey through the Delta Quadrant, Tuvok had created a holodeck training simulation program called "Insurrection Alpha" depicting a Maquis mutiny. At the beginning of their journey he had perceived such a rebellion to be very real threat and had devised a program to train Starfleet personnel in case of such a contingency. However, when he realized that the two crews were getting along better than anticipated, he deleted the program and never told anyone about it, fearing that it would trigger the very mutiny he wanted to avoid. At some point, Seska had discovered it and secretely reprogrammed it to act as a trap. In 2373, the program was discovered by Torres and played several dozen times by various crew members who found the story-line very intriguing. When Tuvok and Tom Paris attempted to alter the program by writing an ending for it, Seska's changes were triggered and both men became trapped in the holoprogram with the safety protocols off. However, Captain Janeway was able to reprogram portions of the simulation to allow Tuvok and Paris to escape, simultaneously causing the 'death' of the holographic Seska.

In 2377, a temporal distortion shifted sections of Voyager into different timeframes with Chakotay being the only one capable of travelling between timeframes unaffected by the temporal distortion. One of the areas he visited was Engineering during the Kazon-Nistrim takeover of the ship in 2372. There, he encountered Seska and a number of Kazon trying to gain control of the ship. Although he was forced to tell Seska the truth about what had happened, when Seska learned that the Kazon were defeated in their efforts, she attempted to stop Chakotay's efforts to restore the timeframe, holding a past version of Janeway hostage to try and make him modify the plan to return Voyager to her time. However, these plans failed thanks to the intervention of various allies Janeway and Chakotay had recruited from other time periods- such as future versions of Icheb and Naomi Wildman or a still-Borg Seven of Nine-, and Voyager was successfully restored to its original configuration in the correct timeline.

It is possible, and even probable, that Seska was not her true name, but rather that of a Bajoran killed during the Cardassian Occupation whose identity and face was stolen by The Obsidian Order. No indication was ever made as to how long Seska was undercover, or whether she was altered specifically to infiltrate the Maquis. Assuming Seska is the name of the Bajoran whose identity she assumed, that would be her family name, not her given one, which was never mentioned.

On an episode of Deep Space Nine, Kira Nerys awoke on Cardassia, looking Cardassian and being told that she was truly Cardassian, a deep cover spy for the Obsidian Order, whose true name was Ileana Ghemor. This turned out to be a lie and a trap, not for Kira, but for Ileana's father, Legate Tekeny Ghemor, a member of the resistance to Cardassia's warlike rulers. Defecting with Kira, Tekeny later died in exile and disgrace without ever having learned what became of his daughter, who really was a deep-cover operative but whom the Order had lost track of. It seems possible that Seska could have been Ileana Ghemor, though nothing on any series even speaks to this.

Of note is the assertion that deep-cover operatives like the one Kira was supposed to have been were memory-wiped and given false memories in order to better facilitate their cover, and that these memories were only activated when the operative was retrieved by their handlers. Since Seska seemed cognizant all along of who she really was, this raises the question of whether what Kira was told was a lie that fit the ambush she was being used for, or if all deep-cover operatives were memory-wiped. It is also possible that, since she was in a unique predicament that her handlers could not have foreseen, Seska's memories awoke in the Delta Quadrant as part of a contingency against a valuable agent being lost forever.

Considering the changed situation on Cardassia when Voyager returned to the Alpha Quadrant, it seems possible that Seska's medical records could have provided answers as to her identity, and closure to those who knew her or thought that they did. 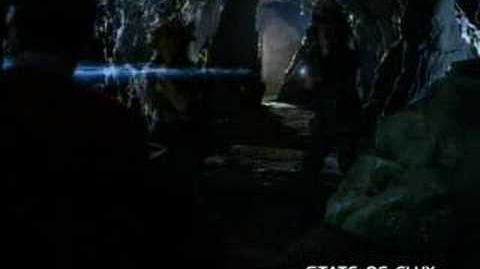