Traitorous Deity
Set, sometimes spelled Seth, is a deity found in the mythology of ancient Egypt usually depicted as the traitor among the Egyptian gods, his official titles are the god of chaos, desert, storms and foreigners. He is often considered as the central antagonist of the Egyptian Mythology.

Originally Set was held in high regard due to his status a desert divinity but over the course of time would become increasingly negative until he became the demonic figure he is recognized as in modern mythology.

Already associated with the uncertainties and hardships of the open desert, he had a bad, but not ignoble reputation. Due to Set's ties with his mortal enemy Apep, the two became ironically intertwined. Because of this, especially in the western world, conceptions of Set began to take on the serpentine features of Apep. This is further confounded by the inability of archeologists to identify a specific animal-form to Set, so instead the label "Typhonic" was adopted, like-Typhon of Greek mythology, which is to say of many forms, primeval, and generically serpentine. It is not impossible to see how it was Set became likened to serpents, even while no such relationship exists. It is even possible because Set's animal-head often adorns staves, the long slender snake-like shape of a staff was attributed to Set, such as when Moses transmutes a staff into a snake in the Old Testament. 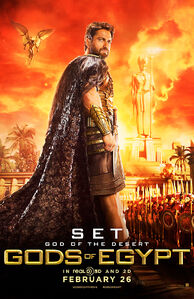 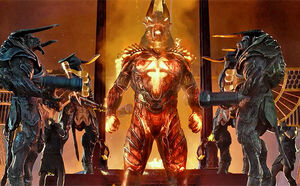 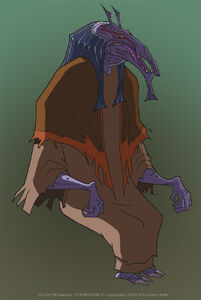 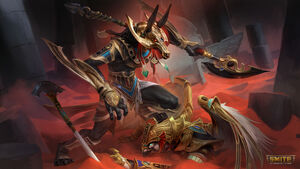 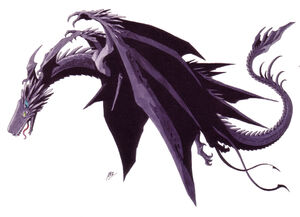