Seth is the main antagonist of Street Fighter IV. They are the leader of the Shadaloo's weapons division, SIN.

They are voiced by Akio Otsuka in the Japanese version, and by Michael McConnohie in the English version.

Bearing silver skin and an extremely muscular physique, Seth is a synthetic human that lacks clothing or hair; whether they are an android or cyborg is unclear. In their abdomen, enclosed inside a pattern consisting of the Eight Trigrams of Taoist cosmology, is an exposed area, which contains a rotating sphere known as the Tanden Engine, which appears to be the source of their power.

Seth is just as intelligent as M. Bison himself, with ruthlessness and evil to match despite not playing as big of a role. Unlike M. Bison, Seth is generally very calm and concise, though their displays a fair bit of arrogance, often through their annoying-by-design tendency to laugh and gloat when using their more powerful moves. Seth also demonstrates a deep knowledge of the philosophy of human nature and the pursuits of purpose and self-awareness. This unusual trait, coupled with their endless thirst for power, implies that Seth intends to become their own entity entirely and not be bound to M. Bison as his replacement shell. Notably, while Seth appears to be the only "sentient" enhanced being, their Arcade Mode win quote against another Seth implies that at least one other clone may have developed self-awareness.

However, their desire for power and his philosophical pursuits are a one-sided and neutral affair; their displays very little (if any) morality or respect for life, and values people only for their usefulness to them. Due in part to their ego, Seth will keep their S.I.N. subordinates in the dark in case they plan to betray them, as insubordination is something they refuse to tolerate. Seth is of the belief that any power is good power, as indicated during his fight with Ryu in the animated film. In addition, despite their philosophical leanings, Seth displays some form of disbelief in the mystic arts; their Arcade Mode win quote against Dhalsim states that if the latter's techniques were truly mystic, they could not possibly imitate them.

Ironically having a martial arts symbol to represent themselves, Seth is one of the least honorable characters in Street Fighter, with their ability to absorb other fighters, they copies their abilities, skills, and even iconic attacks such as the Shoryuken and without even training for them at all. This makes them among the dirtiest fighters in the series.

Seth has a mad lust for power, doing anything what so ever in order to gain it, even so much as to torture, such as when they tortured Dan Hibiki for the Satsui no Hado. They don't even care what people think of their methods, because Seth believes that it does not matter what humans think is evil. Power is all that is truly important to him.

Seth returns in Street Fighter V, this time possessing one of the Dolls for their body.

Seth makes an appearance in Project X Zone as a unplayable boss. 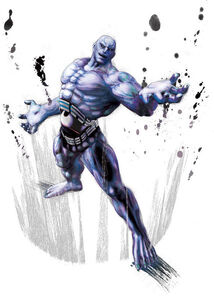 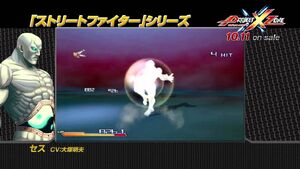 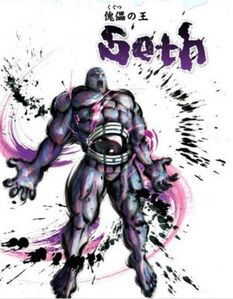 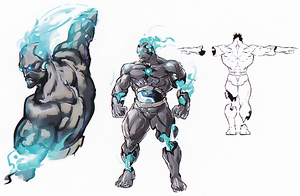 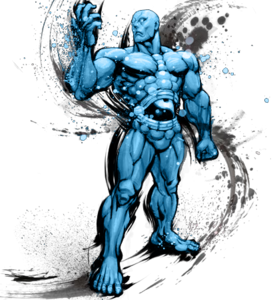 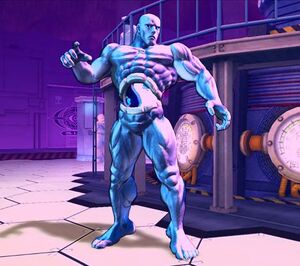 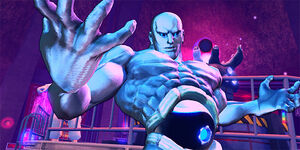