Escape Silva as his captive (failed).

Severine (sometimes known as Sévérine) is a supporting anti-heroine in the 2012 James Bond film Skyfall. She is the representative of Raoul Silva.

She was portrayed by Bérénice Marlohe.

Sévérine first sees Bond killing Patrice, but leaves the apartment building before giving Bond a sinister smile. At the casino, she appears again and teases Bond for a drink to which Bond accepts her offer.

Becoming acquainted, the pair sit at the bar, while being watched by her guards. After briefly trying to out-smart one another, Bond reveals his true motives: he wants to meet her employer. She warns him to be careful of what he wishes for and as she goes to leave, Bond pulls her back. Slyly, Sévérine 'eyes' up her guards hoping for them to kill Bond as she feels she is being threatened, but after Bond attempts to psychologize her, it is revealed that she had been saved from the Macau sex trade by cyberterrorist Raoul Silva and now works as his representative. Promising to help her escape being Silva's captive, Bond asks for her to join forces in allowing him to find the man in the shadows.

Trusting Bond, she warns him that her men will try and kill him. She says that, if he survives, he will find her on her yacht, the Chimera, where they will set sail together to head to Silva's base. Setting sail for Silva's base, Sévérine seems disappointed that Bond hasn't made it out of the casino alive. Soon does she discover, he has in fact survived and hidden on board. Joining her in the shower, the pair lower their former guards with one another and have sex.

In the morning, Sévérine watches as they approach Dead Island (Silva's base), seemingly in fear (possibly due to having Bond on board). Bond joins her on the deck. As she tells him it's not too late to turn back, the men on the boat (led by the Boat Captain) hold them at gun point.

The pair now handcuffed, Bond and Sévérine are now escorted through the derelict streets of the abandoned island to which Sévérine informs Bond was once the home to many, until Silva made them believe there was a leak at the local chemical plant causing them all to flee. Knowing Silva's ways, Sévérine warns Bond that he always gets what he wants in the end. Bond is taken to meet Silva while Sévérine is beaten for her defection.

Following Silva's interrogation, Bond is taken outside to find Sévérine bloodied and bound to a collapsed statue. A French pre-war song, Boum! by singer/songwriter Charles Trenet, ironically plays over the island's loudspeakers. After carefully placing a shot glass of scotch on Sévérine's head, Silva hands Bond an antique Percussion Cap Pistol and challenges him to shoot the glass off her head - a sadistic opportunity to improve his recent, sub-par marksmanship scores. Bond misses, but Silva squarely shoots, killing her.

Following the deaths of Silva and M, Bond learns that the former was an agent of SPECTRE led by Ernst Stavro Blofeld, meaning that Severine was a pawn in Blofeld's yearslong campaign of revenge against Bond. 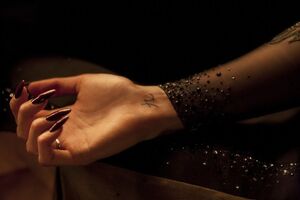 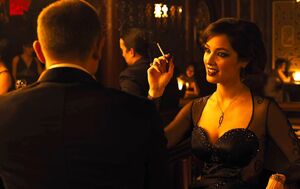 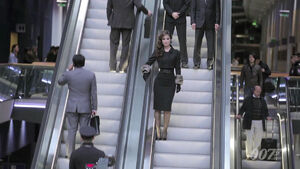 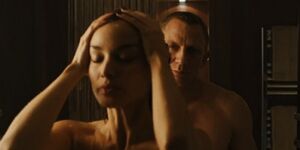