Kill Chuck and other survivors.

Seymour Redding aka The Sheriff is one of the bosses or psychopaths in the 2010 video game Dead Rising 2 and its remake Dead Rising 2: Off The Record. He is also an optional boss in the main mode 72 Hours, who you can meet for the first time on the 3rd day at 4 a.m. in South Plaza, right in front of a great Roman statue in the side quest called WWJWD. He is a Fortune City security guard who, taking advantage of the zombie outbreak, named himself the sheriff of the entire South Plaza. Using his newly acquired "power", Seymour placed several gallows on the Roman monument, then found a group of survivors hiding in one of the unfinished shops and decided to execute the entire group by hanging, accusing them of unlawful trespassing on its premises.

In Dead Rising 2: Off The Record, Seymour's role as the boss is the same as in Dead Rising 2, although seeing Frank, he tells him that he is on top and he won't take 5 minutes of his fame. He is voiced by Jason Simpson.

At 4 a.m. on September 27, Stacey calls Chuck telling him that she noticed some unbalanced security guard started to hang a group of survivors on the gallows and tells him to stop him as soon as possible and save those he has yet to kill. Chuck Greene makes his way to South Plaza walking to the scaffolded statue and sees what Stacey was saying - several people killed with bags over their heads hanging from gallows and Seymour abusing another victim, Justin Tetherford. Justin begs him to let him go, because he and those killed were only looking for food. Chuck calls out to Seymour and the security guard tells him that he is the boss of all South Plaza and no one is allowed to enter his territory. Chuck defends Justin by saying he didn't want to do anything wrong. However, Seymour ignores his words, declaring that he is the big guy and that when he tells others to dance, they have to dance, then executes Justin by kicking him off the scaffolding, breaking his neck and killing him on the spot. Overjoyed, Seymour jumps down the scaffolding, ready to deal with Chuck.

After the fight, the defeated Seymour starts climbing the scaffolding in an attempt to escape Chuck by unknowingly turning on the table saw. Seymour climbs the scaffolding all the time insulting Chuck, telling him that Chuck is nothing to him, but at some point Seymour loses his strength and falls straight from the scaffolding onto a turned table saw, killing him on the spot. Chuck turns off the saw and adds a comment to his death saying: "I saw what you did there". Chuck also manages to rescue Ray Teller, who was hiding from Seymour in one of the unfinished stores.

In the Dead Rising 2 remake, Seymour's role as the boss is the same, but instead of defending Justin, Frank says he has no intention of arguing with him about his "power". However, Seymour takes it as an attempt to seize his "power".

Seymour Redding is utterly cruel, ruthless, spiteful, perfidious and malicious psychopath. It is shown that he doesn't appreciate human life and is ready to commit murder, kidnapping and thieving. He is extremely authoritative and power-hungry and has giant superiority complex. He especially hates Chuck. Despite his arrogant and confident nature, he is also a coward and prefers to run after his defeat. 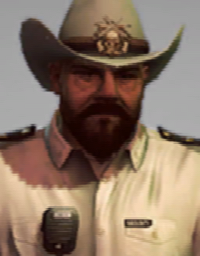 Photo of Seymour in Chuck's Notebook. 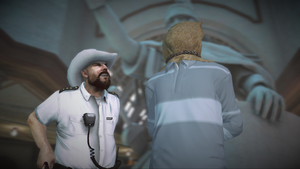 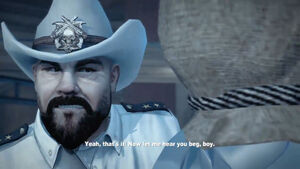 Seymour telling Justin to beg for his life. 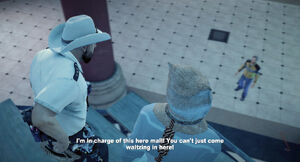 Seymour telling Chuck that it's his territory. 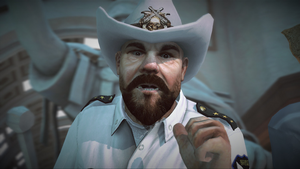 Seymour Redding in the South Plaza. 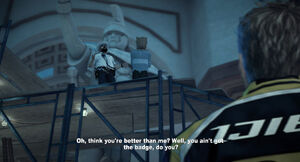 Chuck witnessing the execution of Justin Tetherford from Seymour's hands. 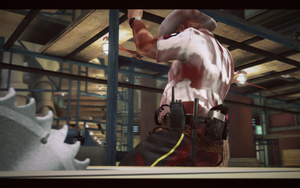 Seymour trying to climb up to the scaffolding. 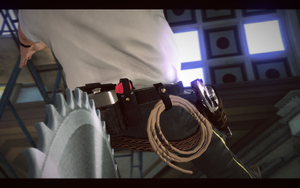 Seymour Redding just before his demise. 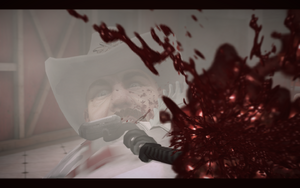