Noncorporeal view of the present (Boozoo's Ghosts only)

Attempting to communicate with Sophie Walten.
Luring in victims for the Pumpkin Rabbit (The Mysterious House only).

Get Sophie to come and help her (ongoing).

Sha the Sheep, possessed by Rosemary Walten (nee Peony), is the secondary antagonist of the analog horror web series The Walten Files.

She is an animatronic sheep and one of The Showstoppers. Rosemary became a victim of Bon after being lured to her death inside Bon's Burgers, and is now seeking to find and communicate with her daughter Sophie, unknowing and uncaring of the consequences.

She is voiced by Anastasia V.

Sha, in both her cartoonish and animatronic forms, is an anthropomorphic white sheep character with yellow skin and ears that stick out sharply out of the sides of her head, and incredibly curly hair. This hair seems to have the texture of sheep wool. She also has a collar tied around her neck with her own name on it.

In some of her cartoon appearances, she wears a red flower hairpiece.

After her animatronic form withers, all of the latter half of her limbs is exposed, with several other tears exposing parts of her thighs, chest, left eye socket, and upper arms. This withered Sha may sometimes shown to be drenched in blood with hyperrealistic eyes, this being the depiction of Rosemary Walten recently being put inside of the animatronic.

In Lucky You, she is shown to be stripped down to just the bare endoskeleton, with no hands.

Sha now appears with a much more grey color scaling, with her skin and ears now being grey, as well as her fur. She follows the depiction of withered Sha in cartoon form, with rips in similar places in her body, with rusted, red metallic limbs and neck. Her collar is no longer a name tag, but a red, spiked dog collar. She also has two downward facing horns that come out of her hair, as well as a purple nightcap on her head.

Sha is now warped into a tall, lanky creature with yellow fur and white skin and ears, with Christmas lights wrapped around her body. Her face has a wide cheek to cheek smile, with rosy cheeks and a red button nose, similar to Mortality. Her eyes are yellow and elongated, and have some black substance leaking from them. She is also wearing a blue jesters hat, with two bells coming off of each side. After her tattered yellow and white coverings on her limbs, there is now red, almost bone-like limbs, with her fingers being extremely long, and her feet being twisted. Her neck is also the same colour as her limbs, with a blue and green polka dot bow tie on it.

The animatronic Sha has no personality until possessed by Rosemary Walten, where she shows nothing but confusion and pain in her post-mortem existence, calling out to Sophie to help her, and trying to get her to reassure her beauty. It's something to hold on to in her broken form.

In her fictional appearances, Sha is a gentle, kind, bubbly, considerate and almost motherly figure. She finds fun in everything, and will go along with the group no matter what they do. She also has an aura of obliviousness, but not to a fault. Sometimes, it's even used to deceive people.

Sha is now depicted as a monotone and almost passive person, only showing Ebenezer Boozoo the consequences of his actions, and how his greed caused pain for so many individuals. She does not treat him kindly with this passiveness, calling his greed far uglier than she could ever be. She is simply a mirror for Boozoo, showing him the evil that's been wrought upon the world, and nothing more.

Sha has only shown an ability to be able to communicate through video tapes and video games, mainly to convey what happened to her and how she's currently feeling. She can also audibly speak out of own accord, instead of the pure visuals we see from the other ghosts.

She has the ability of control of the form of many dolls and toys, as well as a toy television she can use to show a window into the present. This TV mainly shows the consequences of negative actions.

Rosemary Peony was born on April 20th, 1934. Outside of her date of birth, not much information is known about her early life.

Sha, along with the other Showstoppers, starts as the brainchild of two college students, their names being Jack Walten and Felix Kranken. They decided, as lifelong friends, to dedicate their time and energy to the project for sixteen years. This leads to the opening of their own restaurant, Bon's Burgers. With the help of Cyberfun Tech and Susan Woodings, they engineer the endoskeletons for the animatronics for their restaurant.

In 1959, Rosemary married Jack Walten soon after the latter graduated.

On July 19th, Rosemary Walten, after nearly a month of searching for her husband, is led to the maintenance room of Bon's Burgers by a voice telling her that her husband is there. Bon is waiting in the room, and tells her she is going to be made beautiful. She is then killed and dismembered, before being put into the Sha animatronic. Someone had seen this event, who was most likely Sophie Walten.

In Lucky You, Sha's endoskeleton, possessed by Rosemary, is shown to writhe around wildly, like she's alive, as a voice tells Sophie Walten that it is beautiful.

All merchandise and animatronics from Bon's Burgers are moved to a storage bunker located in Saint Juana's Forest in Brighton, Michigan, called K-9. This movement of merchandise included Sha. They are kept there due to the shutdown of the restaurant after the many incidents that have taken place, of Bunny Smiles Incorporated and Cyberfun Tech's accord.

In between July 12th and July 14th, the three volunteer BSI engineers sent in for the Relocate Project attempt to fix Sha briefly, detaching her right arm in the process.

In Sophie's playthrough of BunnyFarm on October 15th, Sha communicates to her through the Sha minigame, asking Sophie things like if she's still beautiful, and attempts to show her what happened to her on July 19th, 1974. She also is part of the animatronics Showbear tells Sophie are waiting for her.

Sha (The Witch Sheep) appears as the secondary antagonist of the non-canon episode The Mysterious House.

She lets in the two trick or treaters, Duckie and Tammy, into her house, and later tries to infantilize the children and try to help the Pumpkin Rabbit convince them to stay at their home. When Tammy goes looking for Ducky late at night, Sha follows her around the house in a realistic form, and shuts the door behind Tammy when she finds the room with the dead children.

Sha appears as one of the secondary antagonists of the Christmas-themed non-canon episode Boozoo's Ghosts.

After The Sad Ghost of Past Experiences shows why Boozoo has such a hateful and greedy nature (his neglect as a child), Boozoo then wakes up in his room, to find his door slowly changing into the second door he needs to enter. When he walks in, he finds a dark room with random toys scattered about. Most are dolls of children, with some being clowns, music boxes, or horses. Boozoo eventually sees a doll version of himself, picked up by a creature that introduces herself as the Jolly Ghost of Present Times. Boozoo asks if he's going to be shown the present, and she says yes. He then asks what he will be shown, and she responds with the consequences of your actions. When Boozoo asks what this means, she then proceeds to tell him that she is his manifestation of his greed. He then asks what, specifically, she wants to show him. She ushers him to a purple toy television, showing him images of his employee, Banny, and her family starving because of his greed. She laughs at Boozoo's pleads to ignorance, before telling him a childhood lesson. Greed does not only affect yourself, but it affects everyone. Boozoo says he didn't want that to happen, and she brushes aside this plead, saying that the effects of his actions have already taken hold. A beautiful cycle of self destruction, as she calls it.

Boozoo then notices two boxes below her feet, and asks what they are. Two dolls appear from them. The first is named Ignorance, and the second is named Want. She warns him of these two things, before Boozoo asks if they're okay, with the ghost only telling him they're dying by his hand. It is a reflection of the starvation and financial ruin that Boozoo had afflicted on Banny and her family, and they both die in front of him, violently. Boozoo pleads to the ghost to save them, and she only says that his actions are out of her control. She then fizzles out of existence, leading Boozoo to the third and final ghost, Mortality. 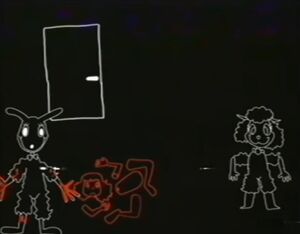 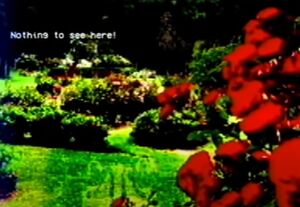 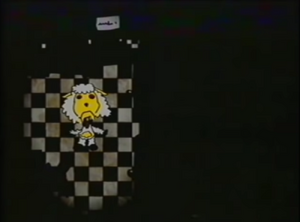 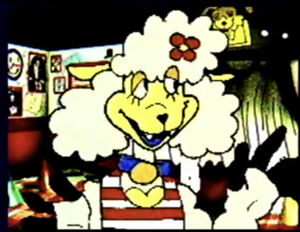 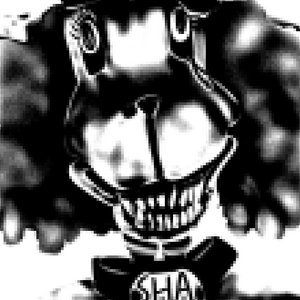 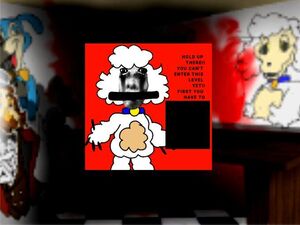 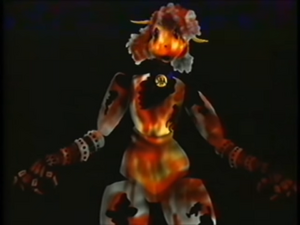 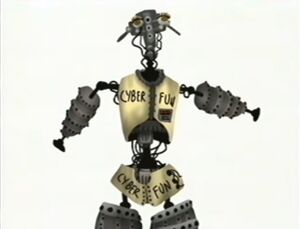 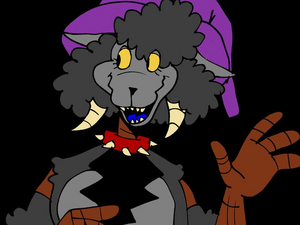 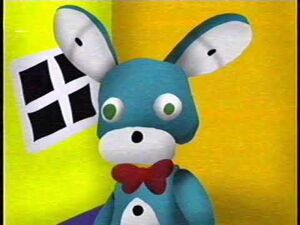 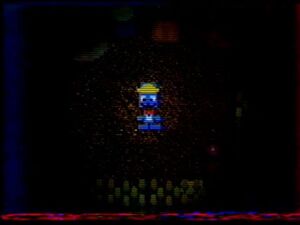 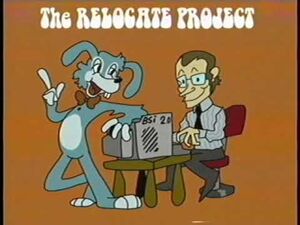 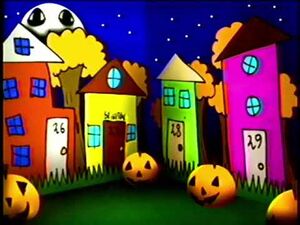 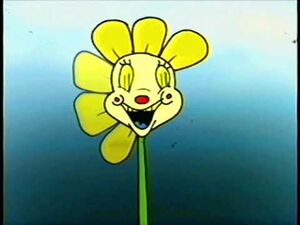 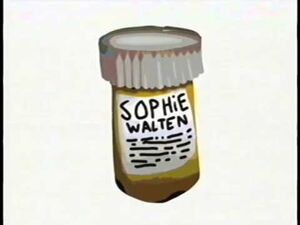