To wait the coming of their false god Shaaka/Shao Kahn into Earthrealm and their entry into the Far-land/Outworld.

Fanatics
The Shaakans are the people of a mysterious ancient city known as Shakaana somewhere in Earthrealm and the main antagonists of the episode "Stolent Lies" of the Mortal Kombat: Conquest TV series.

Often dressed in purple clothes and cloaked robes, the Shakaans hold a very terrible and deadly secret: they worship a "god" they call Shaaka, who is revealed to be Shao Kahn in disguise. Because of his deceptive and egomaniacal form, every aspect of their culture including their youngchildren pretending to steal souls, Shao Kahn's minion on the scarf and a skull tattoo on the head of a Shaakan warrior reflects this blind worship of the Konqueror himself.

It is unknown of the fate of the city's inhabitants after Raiden commanded them to leave and unleashes bolts of lightning upon their land for following a false deity. 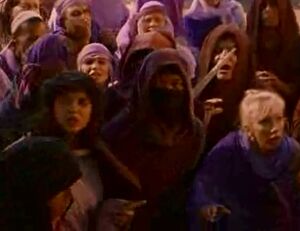 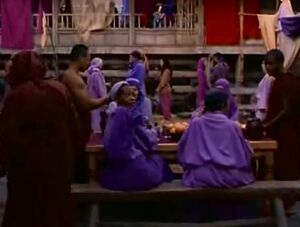 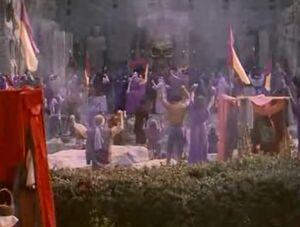 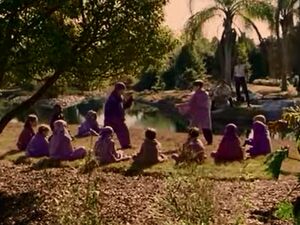 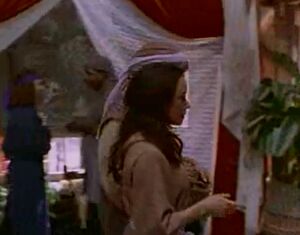 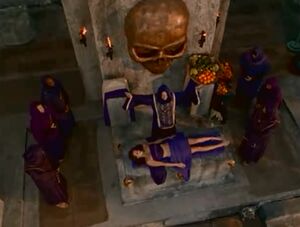 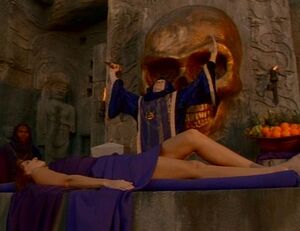