To achieve world domination alongside her master.

Right-Hand
Shadow, initially referred to as Willow is a new villainess and one of the main antagonists of Xiaolin Chronicles. She fights alongside her Master in the fight against the Xiaolin Dragons for the mystical Shen Gong Wu artifacts to rule the world.

Before the events of the sequel series, she was created by Chase Young from one of his ribs. At first, she was born as a baby, only to quickly transform into the villainess she is today.

In her debut, she was revealed as Willow, a Xiaolin Monk. She and Ping Pong competed for the Xiaolin Apprentice top spot, as well as for Omi's attention. However, Kimiko was meanwhile suspicious of her. Later, she used her charm on all of the boys in the temple. Kimiko began to grow more suspicious of her and eventually discovered her secret identity as Shadow.

However, she managed to find the combination and the location of the vault and stole all the Shen Gong Wu. She later came along with Chase to battle the Xiaolin Monks, and together they managed to destroy the temple.

Shadow, as she was still known as Willow, showed a very similar personality to Dyris when she stayed at the Temple. Like Dyris, she charmed the boys of the Temple.

While in her true form, Shadow is sadistic and somewhat playful, and flirting and useing her sexual nationing as well and as she enjoys taking in the evil she has done to others (an example of when she made the Xiaolin Monks go against Ping Pong due to attacking them and throwing Ping Pong at them while making it look like it was all Ping Pong's doing).

Shadow also have a short temper whenever she tries to take the Lao Mang Lone Soup from him, which Chase doesn't allow her to drink.

Willow was a Caucasian girl with blonde hair. She had blue eyes and sported a white outfit with a golden belt. Her boots and gloves were also white and gold in a matching manner similar to her outfit. She was also noted to have worn a Ying-Yang headband.

Shadow essentially resembled a female version of Chase Young, having both fought on the same side and shared design traits. Sporting long dark-green hair ending in a curl, she wore a white headband with the Taoism insignia at its center, having thick black eyebrows, light-green eyes and a light skin complexion. The rest of her attire consisted of a body armor quite similar to Chase's. Primarily black with red and golden highlights, white gloves were also worn with a golden mark, some other white armor on her legs, and thin black boots.

Chase Young took her as his Heylin Apprentice, and the two share a very good relationship as they can even communicate telepathically. Even though Chase created her, she thinks calling him "Papa," seems hardly appropriate. Both of them do not see each other as relatives. One might say that Shadow is just a female clone of Chase. She's very loyal and flirtatious towards him (this fact was revealed in Laws of Nature), indicating that she may be in love with him, and it has been hinted that he feels the same about her.

Shadow, while posing as Willow, manipulate Omi to the point where he told her about the combination to the Shen Gong Wu vault.

It might be apparent that Kimiko might be Shadow's arch nemesis (similar to Chase's relationship with Omi). It is also currently unknown what their relationship is besides being Heylin and Xiaolin enemies. Kimiko got suspicious and found out that Willow is actually Shadow and works for Chase, and both have fought each other a couple of times in the beginning of the series. Coincedentally, Kimiko's first showdown was against Shadow. Also, Shadow has stated that Kimiko is her "favorite", and that one day she and Kimiko will have a special relationship and one day she would be able to read Kimiko's mind, believing that they have many things in common than Kimiko thinks. She also seems interested about the idea of permanently controlling the cat monks after the full moon, especially Kimiko.

Shadow cannot stand ping Pong at all, as she often insults him, and once throws him at the monks to make it look like he was attacking them. Ping Pong also dislikes her as well, also knowing that Willow was Shadow due to her "la femme brune" appearance in the shadows. He also describes her as "very creepy". 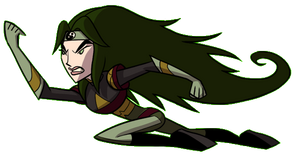 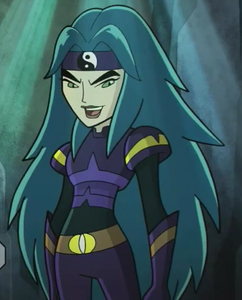 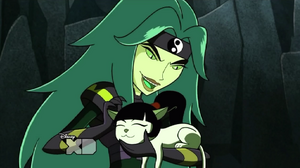 Shadow petting her arch-nemesis Kimiko while she is in cat form. 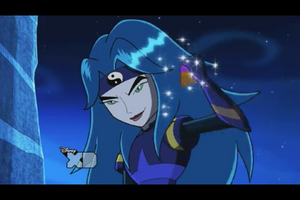 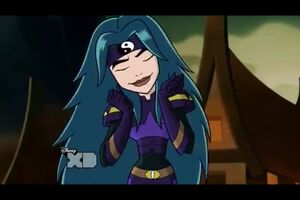 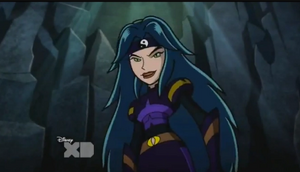 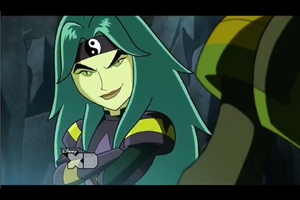 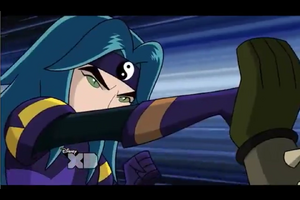 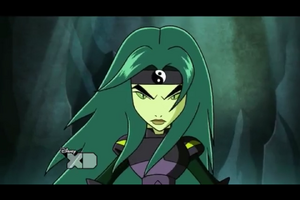 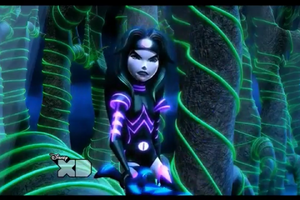 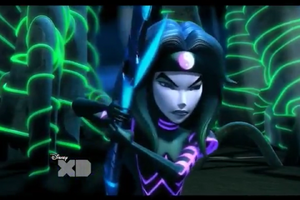 Retrieved from "https://villains.fandom.com/wiki/Shadow_(Xiaolin_Chronicles)?oldid=3801203"
Community content is available under CC-BY-SA unless otherwise noted.