Bring forth misery and destruction for its own sake.

Destruction of property
Eradication of free will

The Shadow Demons are a demonic, insentient species of evil spirits and the quarternery antagonists in Locke & Key. They reside in a mysterious dimension and can manifest as Whispering Iron, whizzing out of a portal called the Black Door to embed themselves in anyone they can, successfully possessing Lucas Caravaggio and Eden Hawkins. When the Crown of Shadows is harnessed, the shadow demons can be used as an army, once participating in a coup, subservient to the will of a former guest named Echo.

The shadow demons dwell in another dimension, yet when the Black Door is open, they become free to enter the Earthly Plane. Twenty-five years ago, a shadow demon manifested as a bolt of orange energy to possess Lucas Caravaggio, one of the original Keepers of the Keys, after the Black Door was opened with the Omega Key. Hours later, the creature realized the presence of magical keys and, using Lucas as a vessel, mindlessly attacked their keepers, breaking the neck of Jeff Ellis and smashing Kim Topher headfirst against a shelf. When it advanced on Lucas' girlfriend, Ellie Whedon, Rendell Locke was forced to brandish a fireplace pole and put down Lucas while he was possessed, ending his life and leaving the lone creature's fate a mystery.

In the modern day, dozens of shadow demons were summoned from the Black Door when a woman named Dodge procured the Crown of Shadows from Whedon and used the Shadow Key to access its powers. She dispatched them into Keyhouse Manor as part of her agenda to take revenge on Whedon, and they began wreaking havoc until Bode Locke struck at a shadow demon the Echo was using as a decoy, and as it fell through the railing to land downstairs, Dodge sneaked inside and laid Whedon (disguised as herself) to progress the coup, proceeding to recall all of the shadow demons to the void they had come from before turning into Gabe via Identity Key.

That void would be approached again in a matter of minutes when the new Keepers of the Keys deposited the second decoy Dodge used, the human one, into the Black Door. When they did, several more concentrations of Whispering Iron manifested, striking Eden Hawkins without anyone's knowledge other than Dodge's (who visibly noted gleefully the cruel and imperious social climber was about to meet a gruesome fate one way or the other), and the remaining demons were met with a disguised Whedon. The shadow demon that possessed Hawkins brought its vessel to a restaurant under Dodge's watchful eye, where it began eating large portions of food to rejuvenate the focal point between its energy and that of its host.

Shadow demons lack personality, individuality, and sentience, their mindsets being compared to very feral hunting dogs. As demonic beings, they are solely defined by mindlessly seeking blood, spoilation, and grief for its own sake, being intrinsic to their very natures. One of them can phase into a decoy of a physical, human-like being such as an echo, and unlike its subordinates gains the ability to speak, but only with the wielder of the Crown of Shadows very directly willing its words; they otherwise communicate with snarls, roars, and shrieks. They reside in a mysterious dimension where living beings such as Ellie Whedon or Dodge can enter or exit, often lingering near the Black Door, as it is a portal into the Earthly Plane. They can manifest as Whispering Iron, whizzing out of the portal to embed themselves in anyone they can, successfully possessing Lucas Caravaggio and Eden Hawkins. When the Shadow Key is used to unlock and harness the power of the Crown of Shadows, the shadow demons can be used as an army, losing their free will entirely in the process. Echo used them as part of her coup against Ellie Whedon, attacking Keyhouse Manor outright as their mistress intended to give the false impression that her sole objective that night was to burn the manor to the ground. 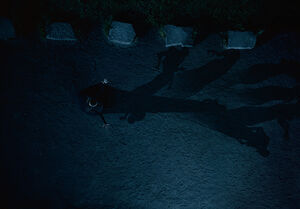 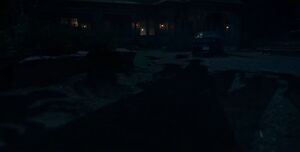 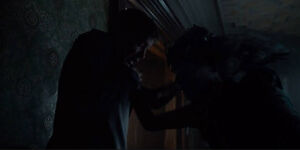 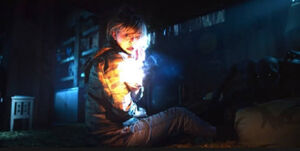 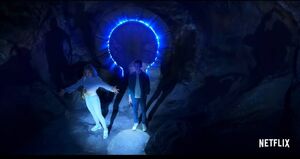 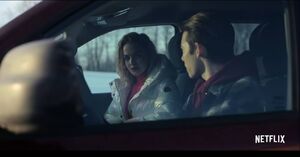 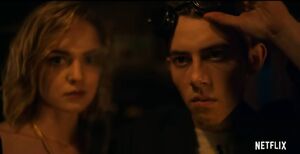 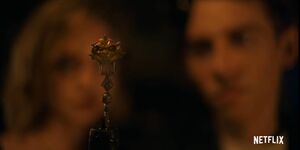