Shadow Hands are long, black arms and hands, with fingers tipped with white claws. When summoned, they materialize from a red emblem with black fog enveloping their bases.

After Cinder Fall loses her arm in the Battle of Beacon, Salem replaces it with a Shadow Hand. Despite not being able to generate an Aura like the rest of her body, Cinder uses the arm to try and steal the Spring Maiden's powers, kill Vernal, and fight Raven Branwen.

When Hazel Rainart fails in the Battle of Haven, Salem summons a horde of Shadow Hands from a sigil on the ground to ensnare him and pin him until he gives her a good reason for his failure.

Shadow Hands are capable of being summoned, including in large groups. They use their long reach, clawed fingers, and strong grips to ensnare and attack, and can be grafted onto humans. 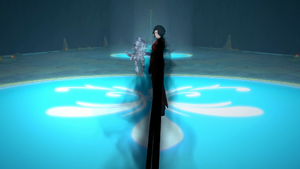 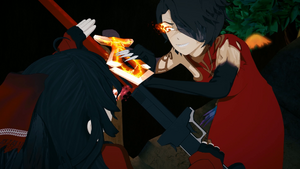 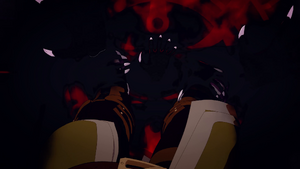 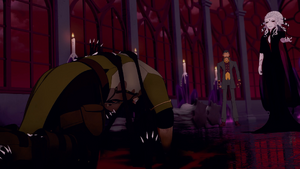 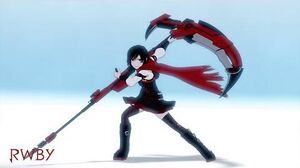