Kill Storm, Psylocke, as well as the rest of the X-Men.

Take over the world via mind control

The Shadow King is a powerful psionic entity and enemy of the X-Men who exists as a malevolent thought-form following his physical destruction: making him a formidable opponent even to powerful psychics such as Professor Xavier. He is the archenemy of X-Men members Storm and Psylocke.

Shortly before World War II, Amahl Farouk was believed to have worked with Baron Strucker on a plot to destabilize Britain's political structure, with the intention being Britain allying with Germany in coming war, or at the very least, staying neutral.

Shortly after encountering a young Storm, Professor X walked by a restaurant in Cairo when he was suddenly hit with a powerful psychic attack. Realizing the culprit was inside, he confronted the Shadow King, then known as Amahl Farouk. The two engaged in a fierce battle on the astral plane. Xavier defeated Farouk, whose body slumped over in his chair. But Farouk's evil mind continued to exist on the astral plane, calling itself the Shadow King. (It was also hinted that Farouk himself was just a body inhabited by the Shadow King).

Many years later, Farouk sought to attack Xavier, angry that he had been defeated. He was able to take over the New Mutant Karma due to her own mutant ability of possession making her vulnerable.

The Shadow King also chased the de-aged Storm in Cairo. She was able to escape with the help of Gambit.

Farouk later took over the interim team of 'Muir Island X-Men.' Destiny and Sunder were killed, and in an ensuing psychic battle the backlash re-injured Professor X's legs and spine.

Shadow King later caused the Psi-War, tricking Psylocke into causing a massive wave of energy that disrupted psionic powers across the world. However, he stretched himself too thin attempting to link with all the minds on Earth, and was defeated by Psylocke in her new shadow astral form.

When Psylocke was killed, the Shadow King was free again and attempted to attack the X-Men. However, it seemed Rogue's acquired memories, as well as Sage's computer-like mind, were too much for him to handle, and he was defeated once again. Somehow, this defeat sent Farouk into a parallel universe, where he possessed an alternate version of his nemesis Professor Xavier, and turned that universe's original five X-Men (Cyclops, Angel, Beast, Iceman, and Marvel Girl) into the evil Shadow X-Men.

When the Scarlet Witch rewrote reality during the House of M event, the Shadow King used the breaches in causality to return to Earth-616, still possessing the parallel-universe Professor X, along with his brainwashed Shadow X-Men. They attacked the X-Men spinoff group Excalibur, only to be defeated by a resurrected Psylocke, who killed the Shadow King's host body just before being recruited into the reality-hopping group known as the Exiles.

The Shadow King was sealed on the Astral Plane once more. However, some time after his nemesis Storm married King T'Challa of Wakanda (the Black Panther), the Shadow King possessed the young X-Man-in-training known as Gentle and assassinated a spirit healer, using the ill will of that murder to turn all of Wakanda against their new queen. Farouk possessed both the Black Panther and Cyclops, leader of the X-Men. With their minds under his control, the Shadow King used all of Wakanda's military forces (as well as the Dora Milaje, T'Challa's personal bodyguards) to hunt down Storm and Gentle while simultaneously turning Cyclops against his fellow X-Men by making him believe his lover Emma Frost had betrayed them. With the help of Gentle and Bast, the Panther God of Wakanda, Storm subdued T'Challa and broke the Shadow King's hold on his nation before flying back to the X-Men's base in San Francisco, where she fought her way through the possessed X-Men to duel Cyclops. Calling down a lightning bolt that struck Farouk's host body through the heart, Storm allowed the Shadow King into her mind, where Bast, waiting to exact her revenge for his abuse of her people, ate his astral form. Storm then rescuscitated Cyclops and resumed her duties as both an X-Man and queen of Wakanda.

However, even this apparent death did not end Farouk's menace. After the formation of the "Uncanny X-Force" squad (consisting of Wolverine, Deadpool, Fantomex, Archangel, and Farouk's old nemesis Psylocke), the Shadow King took over a nuclear facility and aimed its weapons at Utopia and New York in an attempt to kill all the world's remaining mutants, thus ending one of the pre-eminent threats to his return to power and gaining revenge over his most hated foes. When X-Force attempted to stop him, Farouk possessed all of them, save for Fantomex and Psylocke. In Psylocke's case, Farouk entered her mind and unlocked Archangel's "Death" persona, whom she'd been keeping locked away as she once locked away Farouk himself. Death then cut apart the Shadow King's astral form, erased Psylocke's memory of the events, and killed the Shadow King's host body. Unfortunately, the Shadow King had jumped into another body, and took photographic evidence of Archangel killing military personnel to a reporter, which forced X-Force to apprehend their teammate and seek a cure for Death with the help of the Dark Beast from the Age of Apocalypse.

Later still, Farouk appeared at Wolverine's Jean Grey School For Gifted Younsters, in a guise of his original body as a member of Daken's Brotherhood of Mutants. Targeting Psylocke yet again, he created illusions of the now-deceased Professor X and Angel to demoralize and defeat her. He would later express disappointment at the ease of this victory. Then, alongside teammates Daken and Sabretooth, Farouk approached Evan Sabahnur, the young mutant known as Genesis, and exposed the truth of his existence to him: that he was a clone of Apocalypse, and his life up until then had been a computer simulation. Daken's plan was for Evan to don Apocalypse's original armor, then for Farouk to possess him and destroy the Jean Grey School. X-Force foiled this plan when Psylocke used the body of Omega White, who had been created longtime X-Men nemesis Omega Red, to siphon off Farouk's psychic energy. She then imprisoned the Shadow King within the body of Omega White, and wiped White's personality, leaving him a vegetative shell, his body now only suitable to serve as a prison for Farouk.

Most recently, the Shadow King was found in stasis in the Gobi Desert by the Crimson Pirates and unwittingly released by their telepath, Bloody Bess. The Shadow King possessed most of the Pirates except Bess, who appealed to Nightcrawler for help. In the course of this confrontation, Nightcrawler and Bess were forced to battle both the Pirates and the X-Men (Storm, Psylocke, Iceman, Colossus, and Rachel Grey), who were all controlled by Farouk. He was eventually defeated when Bess and Psylocke threw off his mind control and sent Nightcrawler against him, armed with Psylocke's psi-blade, which stunned him long enough to be interred once more inside Omega White's body, where he presumably remains to this day.

He appeared in two episodes of the 1990s X-Men animated series. The Shadow King, portrayed as an athletic, bearded Egyptian, who mind-controlled a number of children to serve him as thieves, including Storm, was defeated by Xavier and his psychic essence trapped in the Astral Plane. He escaped briefly and possessed Storm's godson Mjnari, though the Shadow King intended to use Mjnari in order to possess Storm. The Shadow King was defeated and trapped once again, only to be released after Professor X suffered an accident which left his mind vulnerable to the Shadow King's attempts to take possession of Xavier and leave his mind trapped in the Astral Plane.

The Shadow King, (real name Amahl Farouk) appearing under the nickname of "The Devil with the Yellow Eyes", appears as the main antagonist of the first season of the FX TV series Legion, portrayed by actor Quinton Boisclair. He appears as a seemingly-obese, demonic, grey-skinned, yellow-eyed entity that haunts David Haller, taking control of him at times. He makes several appearances in David's memories, adjusting them without his knowledge. Series creator Noah Hawley has likened him to Killer BOB from Twin Peaks, due to a lack of real information about him. However, it is known that he knew Professor Charles Xavier, David's biological father, and had been connected to him since birth.

The Shadow King is an antagonist in the videogame X-Men Legends. His goal here is to kidnap, brainwash, and completly destroy Professor Xavier in an attempt to extract his revenge. With his army of Astral Demons combined with the Astral Plane's puzzling layout, the Shadow King will crush any X-men who interfere.

He is a telepath of a very high order. (He was said to be second only to Professor X, but this has probably changed because other telepaths have since surfaced). He can read minds, project thoughts, fire mental bolts, stun and immobilize, and create powerful psychic illusions.

Negative Energy Enhancement: Shadow King is unique among telepaths in that he specializes in bringing out the negative emotions and energies in people. His mere presence is often enough to turn friends, teammates, etc. against one another, and he controls and possesses people by tapping into whatever dark emotions they are repressing and bringing them to the surface.

Astral Projection Possession: Shadow King is able to possess other beings while on the astral plane.

He can control the astral plane (which only the most powerful telepaths can do). As an astral form, he can only be harmed by attacks able to damage such a form, such as psychically or using certain magical weapons. He has also demonstrated the ability to live beyond the death of his physical body. 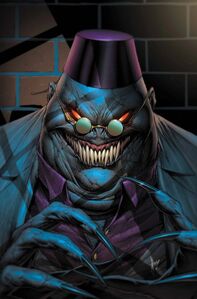 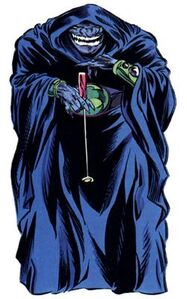 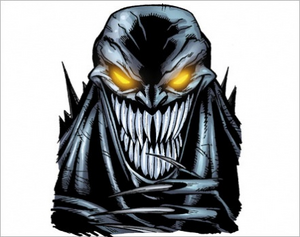 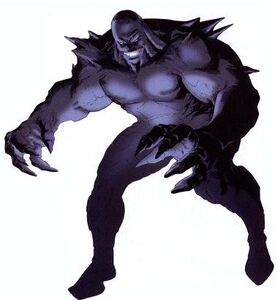 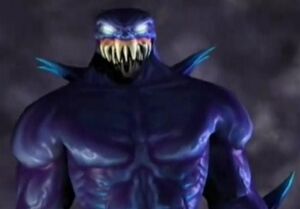 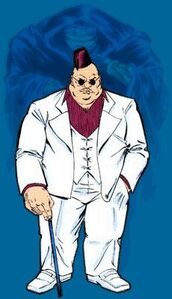 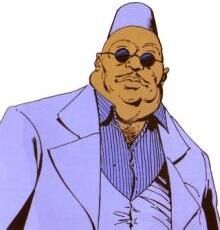 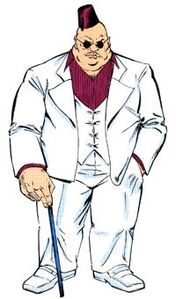 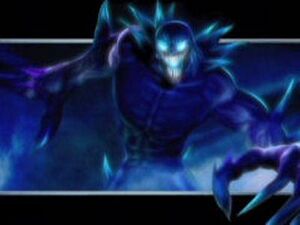 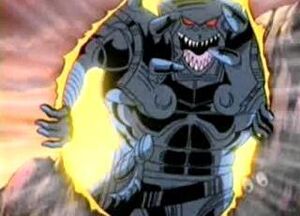 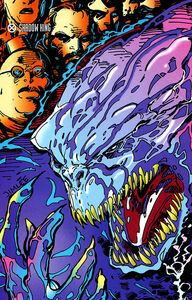 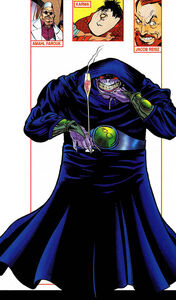 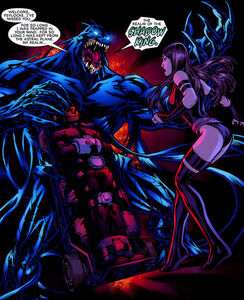 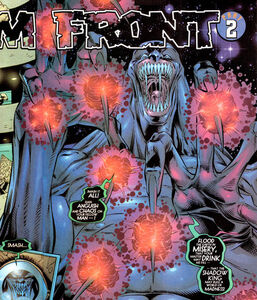 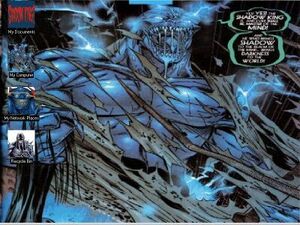 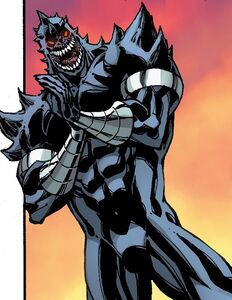 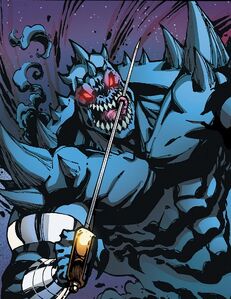 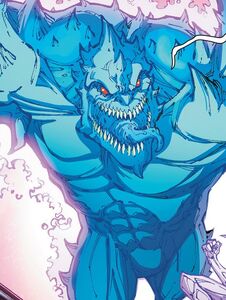