Shadow King (Wolverine and the X-Men)

NOTE: This article is about the incarnation of Shadow King from Wolverine and the X-Men. For his mainstream version, see: Shadow King (Marvel)

Continue to make Storm steal for him. (failed)

Destroy Africa using Storm (succeeded in a former timeline; failed in current one)

Vengeful Possessor
Farouk, better known as the Shadow King, is a minor antagonist in the television series Wolverine and the X-Men.

The Shadow King was an abusive caretaker to Storm when she was a child, even calling her “an ungrateful beggar”. He often sent her out to steal money from people and was implied to be constantly upset with her, despite thieving being a difficult task. One day Storm met Charles Xavier and brought him to Shadow King's home. Charles destroyed Shadow King's physical form but he lived on.

When Storm returned to Africa as an adult, the Shadow King possessed numerous hosts to get to her. He went from a dying man, to a man with a camel, to a man with a gondola, to a woman, to a little girl, to a buff man, to a crowd of servants giving their offerings to their "Goddess of the Weather", Storm. After Shadow King used her servants to get to her, he said that he was “like a father to her”, a village elder was shocked to see Storm possessed so he told everyone to go back to their homes.

Shadow King made her think Africa was burning. Storm used her power to make a great thunderstorm (pun not intended, that's literally what happened). Had she continued, she would have destroyed all of Africa. As a result of this, Charles Xavier, who was in the future, told Wolverine to stop her. The X-Men arrive to find Storm is raining on Africa in desperation to rid Africa of its “fire”. Despite the fact that the elder stated that there was no fire.

As a result of Storm’s hallucinations, she started a flood in Africa. Shadow King attempted to kill the X-Men by making Storm see the X-Jet as a fireball. The X-Men are stuck in a flood before Cyclops blasts a hole out which allows them to escape, Shadowcat also brings some of them out. Iceman built an ice bridge to land. Shadow King taunted Storm that her plan wasn’t working so she sent ice shards over Africa which destroyed the top of a house causing it to fall on Iceman which made him fall in the river. The ice shards were so bad that Emma Frost turned herself into her diamond form.

After Wolverine told Storm that she was destroying Africa, she finally stopped and fainted due to exhaustion. The Shadow King attempted to possess Wolverine but was stopped by Emma using her astral form. Shadow King then attempted to possess Cyclops but was stopped by Emma again. After a showdown with Emma, Shadow King was dying due to him not having a host. Emma stabs him which tears him in half. Storm returned to the X-Men to stop the dystopian future ruled by Master Mold. 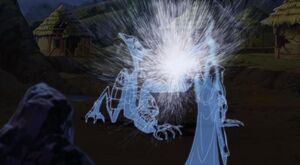 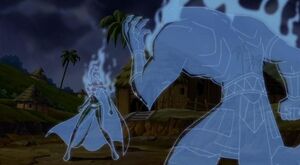 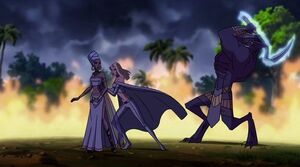 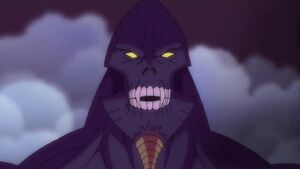 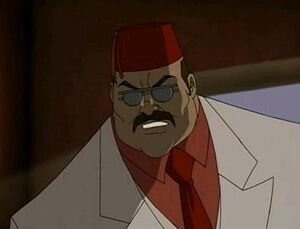 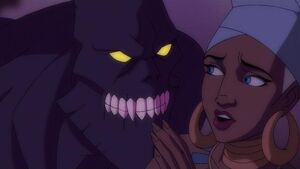 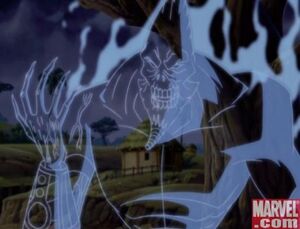