Shadow Pokémon are antagonists from the mobile video game Pokémon GO. They are Pokémon that have been brainwashed and unnaturally boosted by Team GO Rocket, causing them to become extremely hostile.

Team GO Rocket, in its quest for world domination, began corrupting Pokémon with dark energy, making them lose their minds and be in constant pain from their newly inflated strength. This mixture of mindlessness, pain, and abuse from their trainers caused the Pokémon to become hostile, feral monsters with dark auras and red eyes. 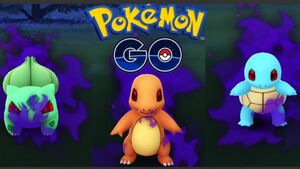 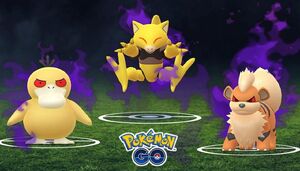 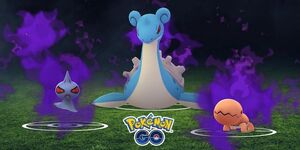 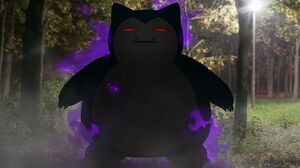 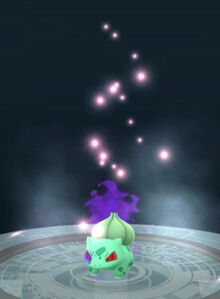