The Shadow Triad (in Japanese: ダークトリニティ Dark Trinity) are the faithful servants of Ghetsis and N and are high ranking members of Team Plasma. They appear many times in the games, mostly to escort the player to either N or Ghetsis. They make very sudden ninja-like appearances, appearing seemingly out of thin air.

The Shadow Triad are completely loyal to Ghetsis because he once saved their lives. They are the ones who enabled Ghetsis to evade arrest, creating an opening in which Ghetsis was able to escape Cheren's confinement. They are the only members of Team Plasma to remain loyal to him after its disbandment, though make no attempt to find him, on his orders.

The Shadow Triad are then seen in Opelucid City after it's been frozen by the Plasma Frigate. They steal the DNA Splicers in order for Ghetsis to use it on Kyurem but are chased by the player and Drayden. After finally being caught, one of the members challenges the player to a battle, even though he loses, they still get away.

The Shadow Triad are seen again on the Plasma Frigate after talking to Ghetsis about Kyurem. Each member battles the player after they give Hugh back his sister's Liepard. After defeating them, they allow you to leave but warn you of Ghetsis and Kyurem and they end up staying behind with Hugh and Liepard.

After defeating the Elite Four, they remain in Icirrus City now that Team Plasma has officially dispatched. They can be challenged monthly and give a free PP Up to the player.

The Shadow Triad are first seen reporting to Ghetsis after observing N's battle with Black in Accumula Town. They are later stationed in a humvee, spying on the Dark Stone via Roggenrola, Woobat, and Tympole camera-bots, since the stone is under Clay's protection as a favor to Lenora.

Later, while the other Gym Leaders are in Mistralton City discussing what to do with Team Plasma, the Shadow Triad attack Lenora and Hawes while they were about to leave in an attempt to get the Dark Stone. They have the advantage at first, but Lenora is later joined by her fellow Gym Leaders after arriving on a plane.

The Triad split up to fight the Gym Leaders in pairs, allowing an easier battle. The battle goes on with no clear victor until the Triad reveals their trump card, the legendary Pokémon Thundurus, Tornadus, and Landorus. With the power of the three Pokémon, the Triad trap the Gym Leaders in a swirling vortex of wind and electricity.

Later, the trio attempt to capture the legendary Pokémon Cobalion, Terrakion, and Virizion. The Pokémon prove to be too powerful for them to capture, so they are forced to retreat. Later, they test out the power of Team Plasma's newest creation. Soon after, they are ambushed by the Striaton Gym Leaders, Cilan, Cress, and Chili, who had followed them after incident at Nacrene City.

The Triad easily overpower the triplets and mock them by stating that the three need to manage one Gym together. Backed into a corner, the Striaton triplets use stone to evolve their Pokémon and gain the upper hand. The legendary Pokémon that despise humans, Cobalion, Virizion, Terrakion, and their student, Keldeo watch the pairs of three battle each other.

Keldeo, fearing something about the Triad, attempts to interrupt the battle and attacks the Shadow Triad. The Triad use this opportunity to trap Keldeo and attempt to capture it. Before they can continue, Cobalion, Terrakion, and Virizion immediately step and and blasts the Triad and Striaton triplets away with their swords, severely injuring them. Defeated, the Triad swears revenge once they figure out the secret of the Therian Formes for Tornadus, Thundurus, and Landorus. 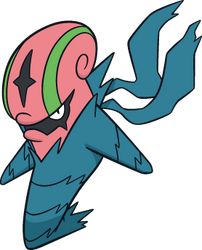 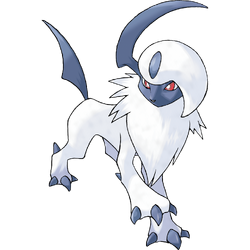 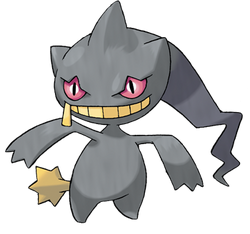 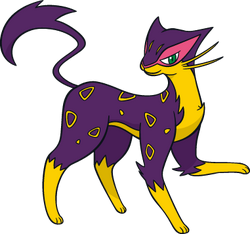 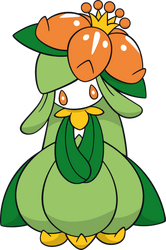 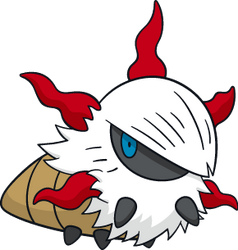 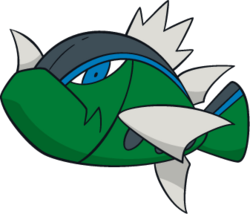 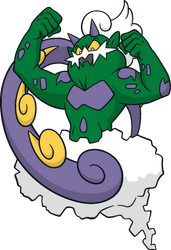 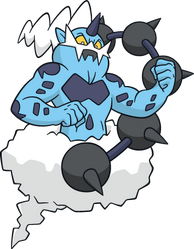 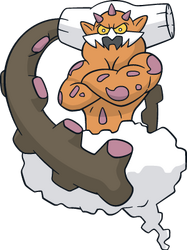