Kill the man who killed his family and conquer the word.

Shadowgeist (シャドウガイスト Shadougaisuto) is one of the main antagonists of the Street Fighter EX series developed by Arika.

In the past he was a normal man who was living with his family under a harsh dictatorship and an oppressive government, one day he found his wife and his daughter dead at his kneels, that event made him a vengeful demon against everyone, he became a violent vigilante with a cybernetically enhanced power suit with the name of Shadowgeist with the intent to find and kill the man who killed his family. 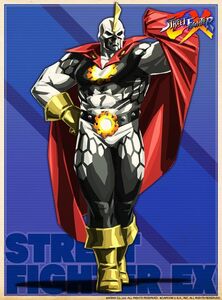 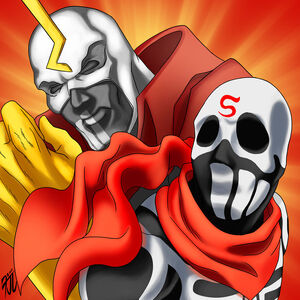 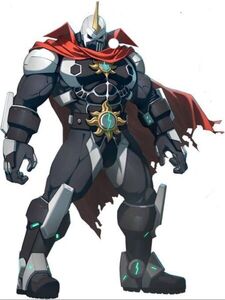