Shaggy Man is a villain who first appeared in Justice League Of America 45.

Professor Andrew Zagarian created “Plastalloy”, a synthetic substance that closely resembled human tissue, and which he hoped could be used to create artificial body parts. As an experiment, Zagarian created a huge artificial ape-like being from his plastalloy in an island laboratory and hooked it up to a generator.

But Zagarian made the wrong power connection, and too much electricity surged into the creature’s body, causing it to come to life. The creature, called the Shaggy Man, attacked whatever moved.

He also appeared in the show Batman the Brave and the Bold. He briefly first appears in the episode "Legends of the Dark Mite" when Bat-Mite teleported him to fight Batman. A whole tribe of Shaggy Men appeared in the episode "Long Arm of the Law" where the tribe captures a bunch of boy scouts. Batman and Plastic Man try to sneak past them but after they rescue the boys they wake up and silently fight the two heroes but are defeated. 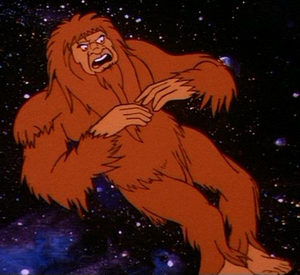 As seen in Super Friends 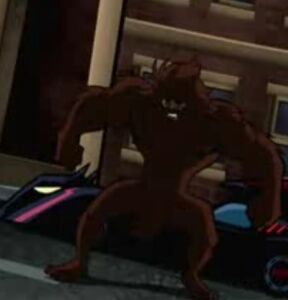 As seen in Batman: The Brave and the Bold 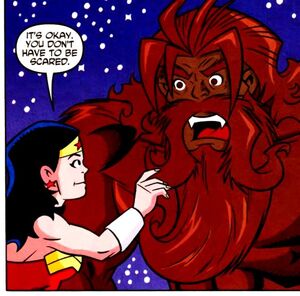 Retrieved from "https://villains.fandom.com/wiki/Shaggy_Man?oldid=4125730"
Community content is available under CC-BY-SA unless otherwise noted.