Member of the Khaos Brigade

Co-leader of the Old Satan Faction

Destroying everything that comes in his way.

Kill everyone who stand in his way (including children and innocents).

Kill Diodora Astaroth for his uselessness and cowardice.
Become a member of the Khaos Brigade.
Obtain one of Ophis' Snakes.
Find a strong opponent to face.
Arise into the Underworld (all succeeded) and destroy it.
Kill Issei Hyoudou, Rias Gremory and the Occult Club for defeating him.
Destroy all humans, devils, angels and fallen angels (all failed).

He was voiced by Ken Narita in Japanese and Ian Sinclair in English.

Shalba had the appearance of a handsome man dressed in light armor with a cape. He had long brown hair that goes to his hips with many bangs covering his right eye.

Shalba was a cruel, ruthless, heartless and manipulative individual. He manipulated Diodora Astaroth into working for the Old Satan Faction and coldbloodedly killed him when Diodora outlived his usefulness. Like Creuserey Asmodeus and Katerea Leviathan, Shalba believed that he was the true ruler of the Underworld, calling himself a "True" Satan.

After his defeat by Issei into using Vali Lucifer's Juggernaut Drive, Shalba became a mental deranged lunatic, planning to destroy all Devils and the entire Underworld for denying him.

He and the other descendants of the original Satans (except Vali) believed that the current Devil system was mistaken and sought to change it by killing the current Satans and taking control of the Underworld.

Shalba first appeared in Volume 6, killing Diodora Astaroth who begged him to kill Issei. He then sends Asia to the Dimensional Gap and told the Gremory Team that Asia is dead. This action, however, turns out to be his undoing as he unintentionally made Issei activate his Juggernaut Drive which causes Issei to go on a berserk rampage, biting off his left hand and overwhelming Shalba who was beaten to near death because of it.

In Volume 11, Shalba reappeared with a kidnapped Leonardo, forcefully activating the boy's Balance Breaker which creates thirteen gigantic monsters, which he used to attack the Underworld in an attempt to destroy all the Devils that rejected him. He then kidnapped Ophis and escaped into the crumbling dimension with Issei chasing them. He eventually fought against Issei, but was defeated and killed by him, but manages to use an arrow infused with Samael's blood (given to him by Hades), which caused Issei's apparent death.

As the descendant of the original Beelzebub, Shalba had an impressive amount of demonic energy. When using Ophis' snake, his demonic energy was equivalent to the previous Beelzebub. During his second fight with Issei, he revealed the ability to control bees. Being a Devil, Shalba was able to fly using his wings. 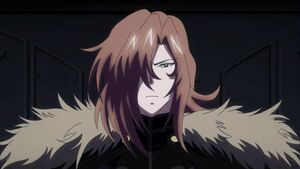 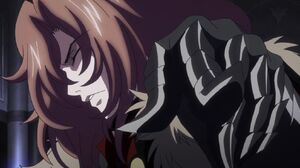 Shalba prepares to finish off Diodora. 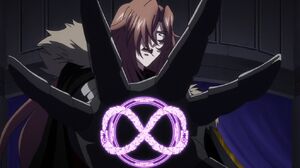 Shalba revealing the power he got from Ophis. 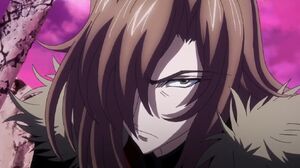 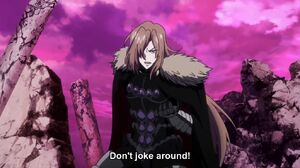 Shalba after losing his right arm from Issei. 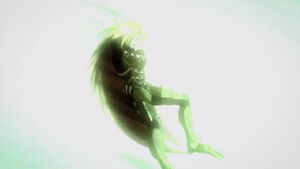