Shalnark was a major villain in the manga and anime franchise Hunter x Hunter. He was a member of the Phantom Troupe, and was one of the original members. He was the only member of the troupe who was also a Hunter.

Shalnark has short blond hair (brown in the 1999 version). He looks very young. He usually wears a sleeveless shirt, and is very muscular.

Shalnark was one of the original members of the Phantom Troupe, and was recruited by Chrollo Lucilfer in Meteor City. At some point he passed the Hunter Exam. He also participated in the genocide of the Kurta Clan.

Later, after Chrollo was captured, Kurapika called Shalnark's phone to demand that Pakunada meed with him. Shalnark was upset when Phinks almost broke his phone. When Pakunada returned, she shot him with Memory Bomb to give him and the other original members information about Kurapika, which led to Pakunada's death.

Chrollo borrowed Shalnark's powers to fight Hisoka. After Hisoka was apparently killed, Shalnark talked to Chrollo about attacking the ship headed for the Dark Continent. However, Shalnark spotted Hisoka, who through Kortopi's severed head at him. Shalnark's corpse is seen shortly afterward. 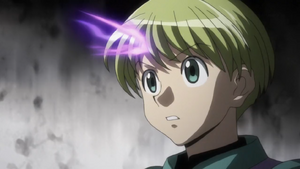 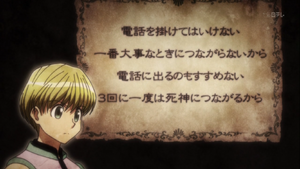 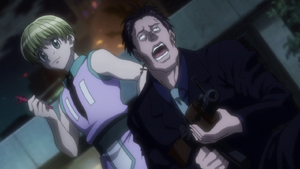 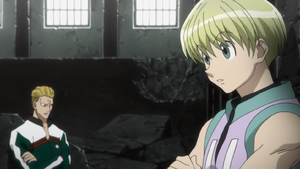 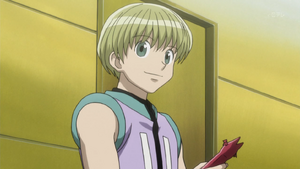 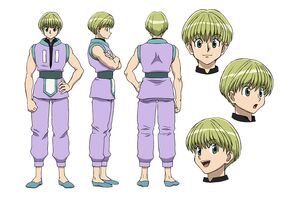 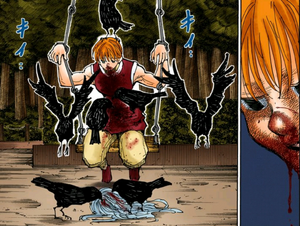 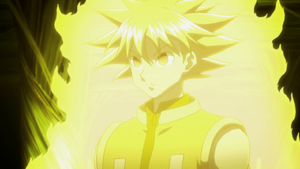 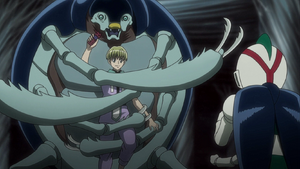 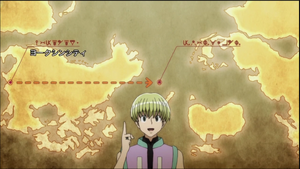 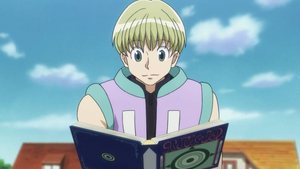 Add a photo to this gallery
Retrieved from "https://villains.fandom.com/wiki/Shalnark?oldid=3391103"
Community content is available under CC-BY-SA unless otherwise noted.