Trick Abigail into killing her brother Brent (succeeded).
Escape both from Abigail and the D.U.P. (failed).

Shane Bommer is the main antagonist in the video game inFamous: Second Light. He is the leader of the dealers and a former ally of Abigail "Fetch" Walker, and later becomes an pivotal enemy when he tricks her into killing her brother, Brent.

From the docks of Seattle, while Shane was a leader of the dealers, he was later embroiled after losing a gang war with the Akurans.

Teaming up with Abigail

While Abigail is looking for her brother, Brent who was kidnapped by the Akurans, she joined Shane to aid his thugs to defeat the Akurans and won the gang war.

Abigail found Brent taken hostage by Shane who forces her to help him cement his power. He also forces the police chief into a deal with him by using Abigail.

Abigail becomes a liability and Shane lures her into the gas-made home to kill her, however Abigail survived, gets enraged and she goes on a rampage against Shane and destroys all he worked to build and confronts Shane at the nightclub the Crocodile lounge where Shane pumps her full of drugs and manipulates Abigail, causing her to kill Brent and Abigail is captured by the D.U.P.

Two years later, it's revealed that the D.U.P captured Shane into their custody in the Curdun Cay. Abigail tries to kill him but fails and results a hole blown into the facility, allowing Shane to escape with Abigail going after him. Abigail managed to catch Shane who says before he is executed, is that it was Abigail who killed her brother, not him. 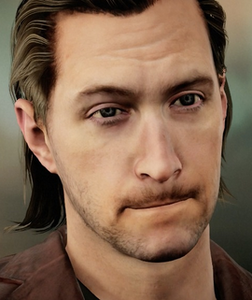 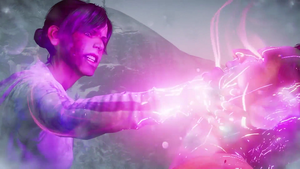