Villains Wiki
Register
Don't have an account?
Sign In
Advertisement
in: Articles under construction, Spoilers, Mature,
and 56 more
English

NOTE: This article is about the incarnation of Shao Kahn from the film Mortal Kombat Legends. The mainstream version can be found here: Shao Kahn.

Most of Shao Kahn's backstory is unknown. All that is known is that at some point he became the Emperor of Outworld. At some other point he conquered and merged with Edenia and took the princess of the Realm Kitana as his daughter.

Shao Kahn barely makes a physical appearance but he does play a major role he is the one behind the tournament, but he only appears at the end torturing Shang Tsung for his failure and getting his forces ready to invade Earthrealm. setting up the sequel.

Shao Kahn first appears leading his army into battle against Earthrealm with many of his forces dying in the fight. Shao Kahn later appears before Raiden who says that he will keep sending his soldiers to their deaths for as long as it takes. He however offers Raiden an opportunity to put an end to the bloodshed by petitioning the Elder Gods to let them host a final Mortal Kombat tournament that decides the fate of Earthrealm. Raiden reluctantly agrees to the deal and the two go to talk to the Elder Gods.

Shao Kahn and Raiden go to talk with the Elder Gods who Shao Kahn is mocking and dismissive towards. Though they do agree to let a Final tournament happen. Shao Kahn heads back to Outworld to get his forces set up.

During the tournament, multiple people are killed as a result of it including his own allies and enemies, something which Shao Kahn is responsible for. Shao Kahn even gets in the action beating Jax and murdering Kung Lao by ripping him in half and clearly revelling in is his brutal kill. Shao Kahn is later betrayed by Kitana and at first, is assumed to be dead but he survives and chains up Kitana so she can watch Earthrealm lose.

Raiden and Shao Kahn end up fighting but due to Raiden giving up his godhood he loses and is murdered by Shao Kahn. Liu Kang fights Shao Kahn and beats him. Shao Kahn is presumed to be dead but after Shinnok is defeated one of the heroes comments that Shao Kahn’s body was not found.

Shinnok's appearance is identical to his Mortal Kombat 11 attire so if you want to know more check out. 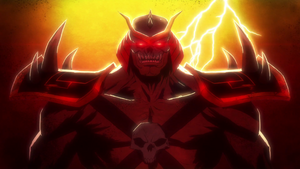 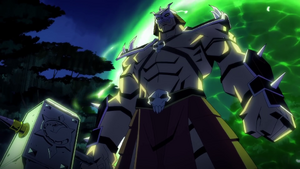 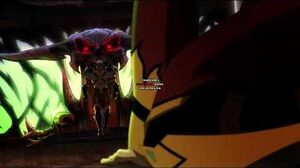