The Sheegoth are supporting antagonists of the first Metroid Prime video game, they are a species of aliens that are the primary predators of the Phendrana Drifts region of Tallon IV.

They are large, feral, and savage predators that are highly protective and get aggressive when Samus has more advanced types of weapons.

The youngest state known a Sheegoth can be on is the Baby Sheegoth state, they have no arms, but they do have two legs, a hard shell made of ice on their back, this shell is made to protect them when they are growing, and after they mature, the shell turns into crystals that absorb energy. A bunch of sharp teeth sticking out of their mouth; this mouth is constantly opened. and six eyes with ice on them. Baby Sheegoths are surprisingly good predators, as they can shoot fire and ice at their prey, and have sharp teeth. They are a dominant species in Phendrana Drifts because of this.

When Sheegoth mature from their younger state, their ice-shells that protect them go away, and turn into sharp, ice crystals that are able to absorb energy, and become somewhat more powerful, they can now absorb beams, which makes it so that when someone shoots something on them, it won't target the actual Sheegoth, but actually their crystals. After getting shot multiple times by beams, it will charge the energy up and become surrounded by electricity, they will later use this charged electricity to shoot enemies. While the shell disappears, the eyes remain, this makes it even better at hunting prey because of being able to see things from a very long distance, another thing they keep is the extremely cold ice beam, they can shoot multiple cold ice beams and balls, but after doing this for a short period of time, they will become overexcited, and open their mouths, this gives an opportunity to shoot them in their mouths.

In the adult stage of a Sheegoth's life cycle, it becomes a lot slower and lazier, however, if someone angers them, they will instantly go into a rampage and run to the target, this is seen when a Sheegoth tramples Samus when going into a rampage. 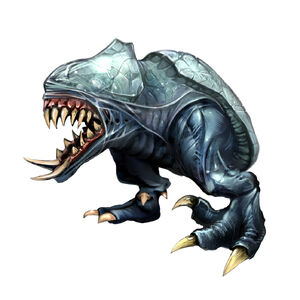 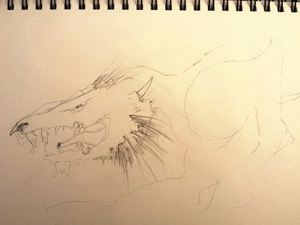 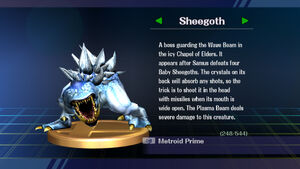 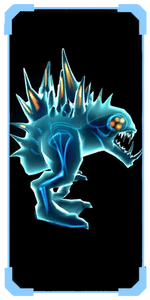 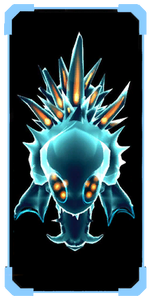 The Sheegoth's scan from a frontal view.

A Sheegoth walking inside a cavern. 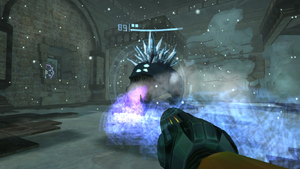 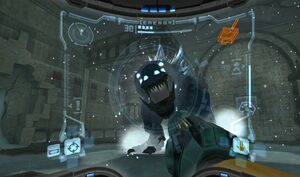