All powers related to the 12 Talismans
Possession

Shendu is the main antagonist in the first two seasons of Jackie Chan Adventures, acting as a major antagonist for the remainder of the series. He is a giant dragon demon and sorcerer who wants to restore his power and rule the world. He is Jackie's arch-enemy.

Shendu is very treacherous, manipulative, and knowledgeable, thinking things through before making any mistakes (most of the time). He is also extremely bloodthirsty, sadistic, and evil. However, he does seem to respect his mortal enemy Jackie Chan of his martial art skills, admitting of the threat it serves to him and wanting Jackie as his preferred host as opposed to Valmont.

He was voiced by famous voice actor James Sie.

Once in time, Shendu and his demon brothers and sisters ruled the ancient world, with the humans as their slaves. However, they were banished to the demonic netherworld by powerful magic warriors known as the Eight Immortal who used the sacred relics and the Pan-Ku Box to seal them. But Shendu was very smart, and escaped the imprisonment, continuing to rule China for centuries, until one of his servants, a defiant chi wizard by the name Lo Pei, used a powerful form of sorcery known as Scroll Magic that trapped him in a statue form, dividing all of his powers in 12 talismans representing the animals of the Chinese Zodiac and scattering them all throughout the world, so nobody would ever reunite them.

Jackie Chan, an archaeologist, accidentally found the rooster talisman in one of his explorations, and soon was put into the middle of a quest to find all of the talismans before the Dark Hand. Jackie got most of them, but once he found the tiger talisman, his soul was split into two: the good and the evil part. His evil half was convinced by the Dark Hand to bring all talismans in exchange for money. He agreed, and all talismans were reunited, making Shendu once again walk the earth. Shendu immediately betrays Valmont and travels to his palace, where he prepared to rise his army of dragons and conquer the world once again, but Jackie stopped him using a spell made by Uncle Chan, his uncle who owned a antiques shop and was a wizard. His niece Jade, however, used the dragon talisman to destroy Shendu's body, which set Shendu's soul free. Shendu got to the netherworld, where his brothers and sisters were very angry with him, obligating him to free them all.

Later, Jackie accidentally destroyed the talismans during a battle against Daolon Wong, a evil sorcerer who tried to get the talismans' power, making all of the powers scatter through the world, and thus starting a quest to retrieve the talismans powers, which entered the bodies of the sacred animals's descendants who once possessed these powers. But there was no dragon in the world anymore, since Shendu himself was the last of them. Daolon Wong then made a pact with Shendu to resurrect him again in order to get the dragon power. But Shendu obviously betrayed Wong and got all of his powers again. Uncle Chan then used the spell to turn him into a statue and restored the talismans, which were then secured on Section 13's vault, as well as Shendu's statue.

When Drago absorbed all the demon chi, Uncle resurrected Shendu to fight Drago. He did very badly until the J-team threw the talismans at him, at which point Uncle and Tohru banished both of them, the talismans, and the demon chi to the netherworld forever. 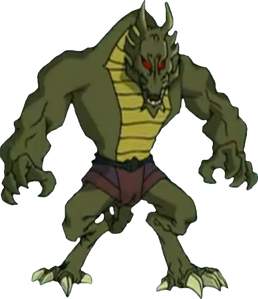 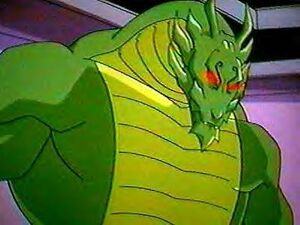 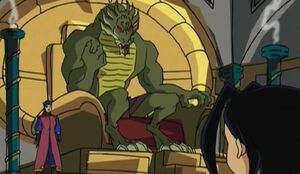 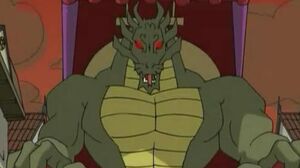 Retrieved from "https://villains.fandom.com/wiki/Shendu?oldid=2447848"
Community content is available under CC-BY-SA unless otherwise noted.