NOTE: This article is about the incarnation of Shere Khan from the 1998 movie. The mainstream version can be found here: Shere Khan (Disney).

Lord of the Jungle

Ruler of the jungle

Hunting and ruling the jungle.

Eat as many humans as possible.

Shere Khan is the main antagonist of the 1998 direct-to-video film The Jungle Book: Mowgli's Story. He is the vicious and homicidal lord of the jungle who seeks to kill and devour all the humans, especially Mowgli.

He was voiced by Sherman Howard.

Shere Khan is first seen attending the jungle meeting called by Hathi. He then contemplates on who he is going to eat, with his sidekick Tabaqui telling jokes about it, much to the tiger's annoyance. He then decides to hunt man, claiming to have a craving for "Indian food".

He and Tabaqui then ambush some humans visiting the river, but when he is shot at by hunters, he flees and is assumed dead.

Years later, he reveals himself alive to the wolf pack and demands that Mowgli be given to him, but Akela refuses, and Shere Khan swears revenge. He is later seen conspiring with the wolf pack bullies about separating Mowgli from the pack, which succeeds.

He and Tabaqui then conspire with the chimps about separating Mowgli from Bagheera and Baloo.

When the chimps return, they inform Shere Khan that they've trapped Mowgli in the hut at monkey town. Shere Khan and Tabaqui then head there, but run into Raksha en route, and Khan kills her. By the time Shere Khan arrives at Monkey Town, though, Mowgli had already escaped with help from Baloo and Bagheera. The enraged tiger than attacks the chimps. Whether or not he killed them is unknown.

Later, Mowgli lures Shere Khan into a trap at the river. Shere Khan at first scoffs at the notion that Mowgli can defeat him, but suddenly becomes frightened when Mowgli sets a branch ablaze, and creates a ring of fire around him, using a box of matches that he picked up at Monkey Town. Mowgli then makes Shere Khan swear to leave the jungle and never return, threatening to burn him if he does. The frightened tiger agrees, and flees the jungle forever. 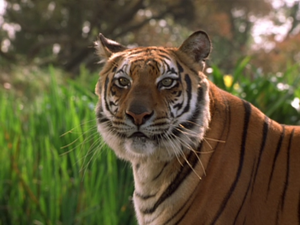 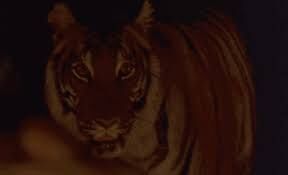 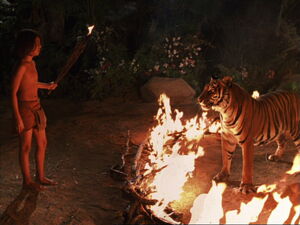 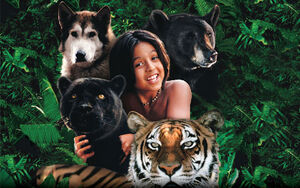 Retrieved from "https://villains.fandom.com/wiki/Shere_Khan_(Mowgli%27s_Story)?oldid=3802987"
Community content is available under CC-BY-SA unless otherwise noted.