Sheriff Robert "Bob" Ryan is a local sheriff in Lennox, Connecticut and one of the two main antagonists of the supernatural 2003 thriller film Gothika.

Miranda's patient Chloe Sava, who killed her father for raping her, says she's repeatedly being raped by "The Devil" in her isolation room when she was alone. Miranda wakes up three days later in horror and in an insolation room herself, after she tried to help a girl on the street who attacked her in a blazing fire. Her dear friend and colleague, Dr. Pete Graham, tells her she killed her husband, Dr. Douglas Grey, in a brutal slaughter, sending her into hysterics and requiring her being restrained. She starts seeing visions of the same girl who attacked her, leaving "Not Alone" as a message, in a fog on her window, as well as carved into her arm while in the patient showers. This only makes her look more unstable, especially when she sees the gruesome photos of her husband's hacked corpse an breaks down, due to his best friend, Sheriff Ryan, harassing her for a confession.

Miranda tries to press her innocence and tell about the girl she's been seeing as a ghost, but when she's in Phil Parson's office, she sees the very girl in a picture. Parsons reveals who she is, being his deceased daughter, Rachel, who had committed suicide by a jump off a bridge-the same bridge Miranda met her and was attacked by her near. Rachel soon assists Miranda with further revealing the truth, first by unlocking her room and directing her to Chloe's. she's horrific to see Sava in the middle of being raped when she's thrown against the window to her room, then seeing a bare chest with a tattoo of a woman in fire and on shackles. She's returned to her cell and the next day, she tells Graham, who, in disbelief but still trying to help her, reveals it's the Anima Sola, a soul doomed to eternal purgatory.

Things only escalate when Rachel helps Miranda escape and leads her back to the Greys' house, showing all the bloodshed and "Not Alone" painted in blood on the barn doors of their bedroom. She flashes back and realizes to her horror Rachel possessed her body and used her to hack Doug to death with an ax. With more investigation into why Rachel set her up and is haunting her, she goes to Doug's vacation home in Willow Creek, RI, with a vacant house but finding a caller in a barn. What she finds there is worse than her husband's murder: he was actually a serial killer who kidnapped and raped women before he killed them, including Rachel. She sees a recording of one attack of a woman shackled to the cellar mattress. The police soon catch her, but also find another woman held captive there who startles Miranda. Saving the woman's life makes the case go in her favor, but she's still being held on suspicion of Doug's murder. she finally realizes what "Not Alone" means, as nnot that she wasn't the only victim, but that Doug isn't the only killer, realizing the serial rapist at the asylum is Doug's partner.

Ryan sits with Miranda and discusses a possible profile, believing him close to Doug and the facility, thus having access and resources, as well as being unruly, insecure, troubled, and fitting the sociopath's triad, including animal cruelty. Ryan smugly says he never enjoyed torturing animals as a pastime, openly revealing him as the other rapist-murderer. He then attacks Miranda, pulling out a syringe and voicing his intention to rape and murder her as well, but Miranda jams the syringe in him and runs. As she hides, Ryan, in a drug-induced stupor. openly reveals the long history of their crimes, starting when Doug raped and killed a teenage girl when the two were also teens, Ryan burying her when she was dead.

They continued for a while, but stopped once getting older and making lives and names for both. It only started again when Doug saw Rachel and lewdly became obsessed with her, causing the two to rape her and either throw her off the bridge or drive her to suicide, thus beginning a new spree while "pillars of the community". Miranda, with help from Rachel's, distracts Ryan long enough to shoot him dead, eventually being exonerated by miraculous means for Doug's murder, with Graham's cherished support. Sava's also released when Miranda gives the official affirmation for her recovery. 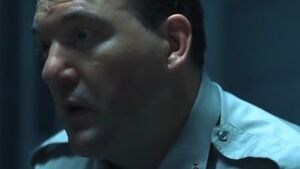 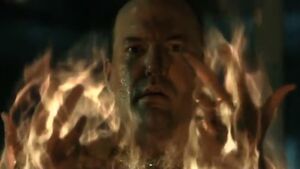