The Sheriff of Nottingham is a folkloric figure often seen as the archenemy of Robin Hood, the rivalry of the two figures has served to immortalize them both as arguably one of the most well-known heroes and villains not only in their native England but across the world. When he became leader, he took the entitlement away from many of the Dukes, Barons, and Earls alike. All of the goods of Nottingham became in his control from then on. In the TV Series, it is shown that it took place around 1190 A.D. He is shown to be evil in almost all depictions. He seems to have a love for execution of his citizens, and to tax them unfairly.

Robin Hood destroys different powers from him over time. He has been depicted on many TV shows, movies, plays, poetry, and novels. In one film, Robin Hood: Prince of Thieves, his control is so widespread that he tried to take over all of the kingdom of England. He is occasionally shown to be a spoof of real life Sheriff Philip Marc. One of his most villainous portrayals was in the film Robin of Sherwood, where he is obsessed in killing everyone. His second-in-command is Sir Guy of Gisborne.

In the TV series The Legend of Robin Hood, he was played by the late Paul Darrow. 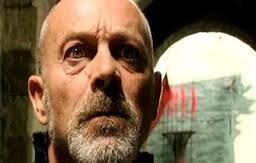 Retrieved from "https://villains.fandom.com/wiki/Sheriff_of_Nottingham_(legend)?oldid=3926671"
Community content is available under CC-BY-SA unless otherwise noted.