Leader of the Saviors

Take over the joint communities after the Whisperer War. (failed)

Sherry was once married to a man named Dwight, but became one of Negan's "Wives" to protect Dwight, while the latter's face was burnt.

During the two-year timeskip after All Out War, Sherry leaves Dwight for someone else and Dwight tells Rick he is happy for her.

During the Whisperer War, Sherry plans on taking over the joint communities when the war is over and assumes leadership over the Saviors. This was forshadowed by Negan, as he teased Dwight, saying Sherry was always an opportunist.

She is accidently killed by Rick Grimes at Alexandria Safe-Zone. 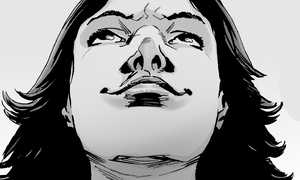