Selinda Flinders, also known as Shimmer, is a supervillain in the DC Universe who first appeared in New Teen Titans #3. She is the older twin sister of Mammoth and a founding member of the Fearsome Five.

Selinda Flinders was born somewhere in Australia, and since her childhood the only person close to her was her brother Baran. They both were meathumans, in fact, she acts as a maternal figure for her devoted brother. their peers constantly bullied them for being “different”. Needless to say, the two siblings grew angry, scared and frustrated, and eventually lashed out at their tormentors, using their still immature but all too functioning powers to hurt them, a lot. The bullies’ parents, just as afraid as their kids had been, pressured the Flinders’ to send their children away, and so they did, even if with good intentions: Selinda and Baran, in fact, were sent to Markovia, where lived and worked the world’s alleged greatest expert on metahumans, Dr. Helga Jace. With Dr. Jace, the Flinders siblings did learn to develop and use their respective powers properly, but the doctor also felt a great rage in them, and tried to teach them also a sense of morality, trying to prompt them to use their abilities for good, but all her efforts were in vain: as soon they felt to be ready to walk on their own legs, Selinda and Baran decided to turn to crime, with the names Shimmer and Mammoth, respectively. During their first criminal deeds, they met other more seasoned villains, namely Psimon, Dr. Light and Gizmo: they decided to join forces, and founded the Fearsome Five, a group that would have become in the following years a living nightmare for the Teen Titans, the Outsiders, and even heroes of the caliber of Superman. Of course, the repeated failures eventually brought the two young supervillains to question their life choices, eventually. Tired of spending their lives being kicked by superheroes, Selinda and Baran decided to abandon the Fearsome Five and sought asylum in remote monastery in Tibet. Here, they found some peace, but not for long: Psimon tracked them down, and punished them for their treason. Shimmer tried to fight back, but she was turned to glass, and her body was shattered in thousands of pieces. Years later, Dr. Sivana tried to reform the Fearsome Five and wanted Mammoth to join, but he obtained his loyalty only with the promise of resurrecting his sister: Sivana gathered all the pieces of Shimmer’s body, and forced Psimon to put them back together, later using one of his futuristic machines to bring the woman back to her original state. Death didn’t pass without a toll on Shimmer: she was definitely darker and crazier, and she reflected this change even in her costume, that she changed from her original golden one to a goth-like spiked one. Sivana used the new Fearsome Five to try and cripple his main financial rival, Lex Luthor, and Shimmer, Mammoth, Gizmo, Psimon and Jinx started attacking LexCorp buildings, killing its employees, stealing data. Everything went downhill the moment the Fearsome Five insisted on attacking a nuclear facility, a move that forced Sivana to kill Gizmo and to cut ties with the team, who was stopped by the Outsiders anyway. Shimmer escaped capture with Mammoth, and they joined the Secret Society of Supervillains, where they managed to accomplish their mission and abduct Pariah. Always together, the two siblings found themselves on different sides for the first time on planet Salvation, the world’s extra-planetary prison for all supervillains, where Shimmer joined Lex Luthor’s team, while Mammoth joined Joker‘s one instead. The siblings’ bond, however, was far stronger than anything else, and they soon would have joined forces again to challenge the world together as they had always done. 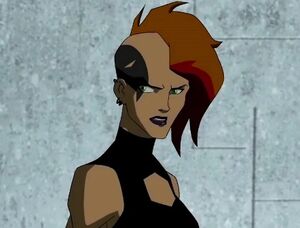 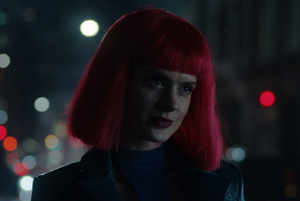