Villains Wiki
Register
Don't have an account?
Sign In
in: Dragon Ball Villains, Chopsocky Villains, Articles under construction,
and 19 more

Third-in-command of the Moro Corps

Psychopath
Shimorekka is a major antagonist of the Galactic Patrol Prisoner Saga in Dragon Ball Super. He is third-in-command of the Moro Corps, a loyal servant of Moro and Saganbo's second-in-command in the Galactic Bandit Brigade.

Shimorekka is one of the more diminutive members of Moro's followers. His notable feature is the inclusion of several tentacles on the top of his head.

Shimorekka is a bloodthristy psychopath who enjoys killing people for sport and spreading destruction and chaos everywhere he goes. Befitting to his criminal nature, Shimorekka is evil to the core and is also incredibly ruthless and appears to have adopted Moro's ideals, as he attempts to kill the Macareni Siblings for being traitors to Moro, for going against his orders and acting on their own.

Like Saganbo, Shimorekka is extremely loyal and obedient to Moro and loves carrying out his orders and doing any evil act under his command.

Shimorekka also possesses an arrogant side, as he likes taunting/belittling Jaco during their confrontation. In spite of this, he seems to respect Seventhree's abilities, believing that no one's a match for him.

Not much is known about Shimorekka's past, but he, Saganbo and the Galactic Bandit Brigade once rampaged throughout one galaxy in the universe and committed various crimes against the Galactic Patrol and gave them a hard time until Merus captured them and locked them all up in the Galactic Prison for many years.

Shimorekka and the rest of the prisoners are released by Moro's second wish, and they then proceed to take over the facility and re-secure Saganbo's ship - promptly using it to head to New Namek to assist Moro.

After New Namek is destroyed, Shimorekka pilots the ship, taking Moro around the galaxy to feast on more planets. They stop at the planet Zoon where the Zoon-seijin attempt to protect their royal treasure from the members of the Galactic Bandit Brigade. Shimorekka defeats many of the defenders by himself, leap frogging from one to the other, killing them in graphic fashion with his bare hands and voices his excitement upon seeing what the chest holds within. 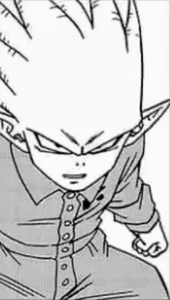 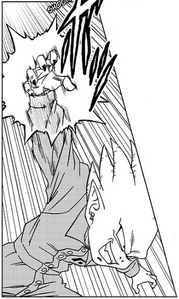 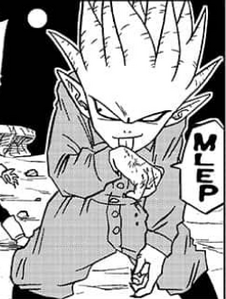 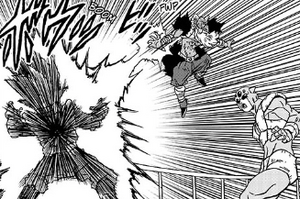