Build an empire and reign over it with Yuria (abandoned).

Shin (in Japanese: シン, Shin) is the successor of Nanto Koshū Ken (in Japanese: 南斗孤鷲拳, Nanto Koshū Ken "South Dipper Lone Eagle Fist") style and one of the Nanto Rokusei Ken. He as (former) main antagonist of first arc story, bears the destiny of the Star of Martyrdom (殉星, Junsei), who is destined to live and die for love.

Shin was Kenshiro's, longtime friend, who had secretly desired fiancee Yuria since as long as he remembers. Nevertheless Shin initially respected that Yuria would only love Kenshiro. During the chaos of society falling apart before the apocalypse, a teenage Shin tried to keep order, saving a fellow teenager named Heart, who later became one of his followers.

After the apocalypse caused the complete downfall of society and all order, Shin was approached by Kenshiro's wicked brother, Jagi who claimed he had a message from Yuria. Jagi told Shin that Kenshiro was to weak to protect Yuria in this wicked era and that Yuria told him of her worries that Kenshiro would be unable to protect from the maniacs of the waste, claiming to love Yuria like a sister, Jagi said morality was dead in these violent days and it was up to Shin to challenge Kenshiro and take Yuria for her own protection. Believing Jagi's deception, Shin defeated Ken, saying he couldn't protect Yuria and then engraved the seven scars on his chest as a reminder of his defeat and to frighten Yuria into coming with him.

Afterward, Shin took on the name of King and expanded his organization, building Yuria the city of Southern Cross to win her affections. However, his continued atrocities to build the city such as kidnapping people and conquering nearby societies to add to his domain, only drove Yuria to commit suicide by leaping off the top floor of Shin's palace. Yuria survived thanks to the intervention of the Nanto Gosha Sei, who arrived on Southern Cross to protect Yuria from Raoh's impending invasion. Shin entrusted Yuria to the Goshasei's custody and allowed his reputation to be tarnished by pretending that Yuria died because of him.

One year after their initial battle, Ken and Shin fought each other once again within Shin's palace. Motivated by the "tenacity" Shin taught him after their first battle, Ken overpowered Shin and struck his vital points in the shape of Shin's emblem - the Bloody Cross. Maintaining that Yuria had died and expressing remorse for the grief he caused her, Shin refused to die from Ken's technique and took his own life by leaping off the balcony of his palace, like Yuria did before him.

In the TV anime, Shin has several more subordinates in his army addition to his four chief vassals (Heart, Spade, Diamond, and Club), which includes the God's Army organization, and Jackal's gang, the Warriors. After most of them are killed by Ken, Shin gathers the remainder of his army and plans an all-out assault against Ken as he approaches Southern Cross. After Ken is presumed dead, Balcom, the General of Shin's army, plots a mutiny against him. Although Shin defeats Balcom, his city ends up being destroyed in a fire caused during the confrontation. Because of this, the moment when Yuria leaps off Shin's palace occurs during the destruction of the city, when Shin promises to build Yuria another city like Southern Cross.

In the 1986 movie, Shin's army is defeated by Raoh's troops before Ken's arrival to Southern Cross and Shin is defeated by Raoh himself after Yuria is taken captive. When Ken arrives at Southern Cross, Shin is dying from previously inflicted wounds he suffered from his fight with Raoh and before dying, he tells Ken the whereabouts of Raoh and Yuria. 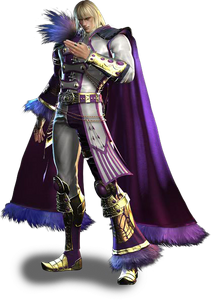 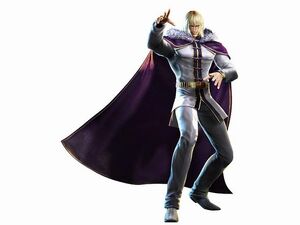 Retrieved from "https://villains.fandom.com/wiki/Shin?oldid=4053196"
Community content is available under CC-BY-SA unless otherwise noted.