Member of the Touto Institite of Advanced Matter Physics

Studying the research of Takumi Katsuragi.

Shingo Kuwata is a member of the Touto Institute of Advanced Matter Physics who is secretly a spy for Faust and a minor antagonist in Kamen Rider Build.

A researcher at the Touto Institute of Advanced Matter Physics, Shingo Kuwata was a colleague of Sento Kiryu and secret member of Faust who later took part in Faust's theft of the Pandora Box

Kuwata's role was to lower the security around the Pandora Box, but Sento Kiryu interfered. Kuwata then turned himself into a Flying Smash to fight Build, but was defeated by the Rider in his LionCleaner form and reverted back to his normal human form.

After his defeat, Kuwata revealed that he was really a distraction for Sento while Eita Kawai stole the Pandora Box. He then used Nebula Gas to commit suicide, proclaiming that Takumi Katsuragi, the "Devil's Scientist" was still alive before dissolving. 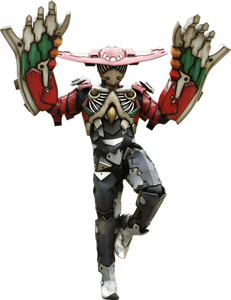 The Flying Smash.
Community content is available under CC-BY-SA unless otherwise noted.
Advertisement