Empowering people with the Miracle Mallet.

Overthrow society by making the weak rule over the strong (under Seija's influence).

Shinmyoumaru Sukuna is the final boss of Touhou Double Dealing Character. She is a young kobito (dwarf-like race), currently living in the Shining Needle Castle. She was manipulated by Seija into causing the events of said game, by using her Lucky Mallet to turn the world into one where the weak could overthrow the strong. The young kobito returns in Impossible Spell Card and once again in her debut as a playable character in Urban Legend in Limbo.

Before the events of Double Dealing Character, she was oblivious to the existence of the Miracle Mallet. During the game's story, she receives it from Seija and uses it to make herself bigger, enlarging her size to that of a small human child. She then uses the mallet's power to bring to life powerless tools, at the cost of empowering the various youai near the Bamboo Forest.

Shinmyoumaru has short purple hair and brown eyes wear a pink kimono with black obi and a frilled dress (probably petticoat) underneath. She uses a black bowl with golden decorations as a hat and holds an enlarged needle on her right hand and the Lucky Mallet on her left. Her height is short since she is a dwarf, but the Lucky Mallet made her the height of a small human child.

Shinmyoumaru acts and speaks as if she was a young child. Along the same lines, she seems easy to persuade, like when she readily accepted the fabricated history of the kobito that Seija Kijin fed to her. 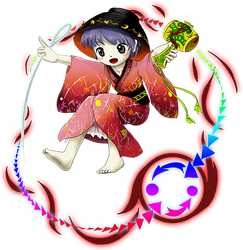 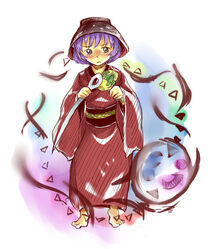 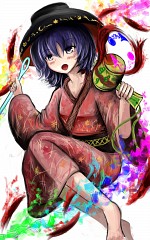 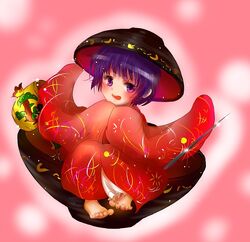 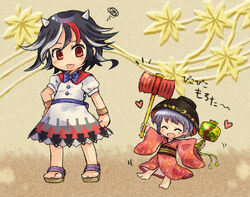 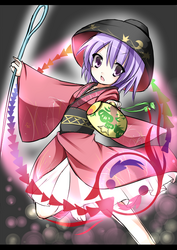 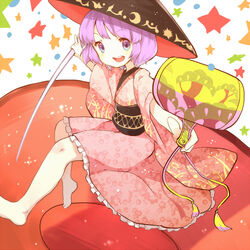 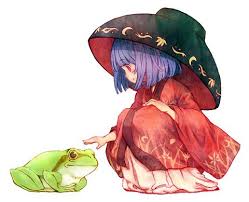 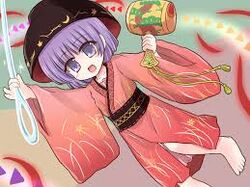 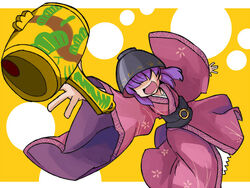 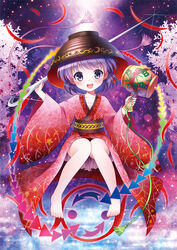 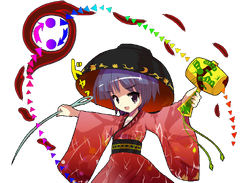 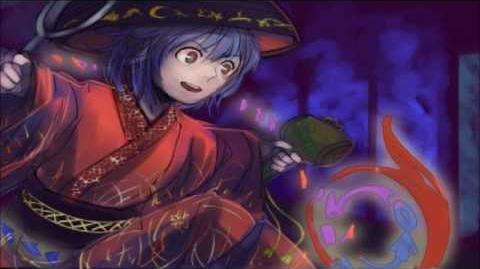 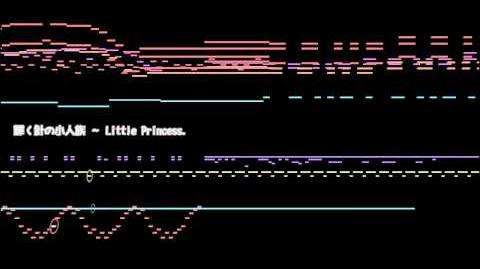 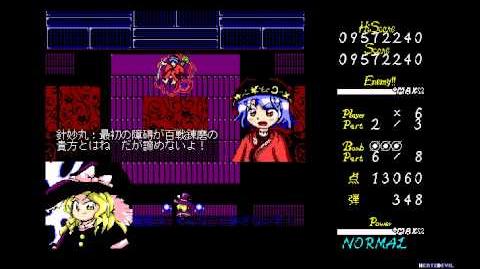